… with calls on Nigerians to cultivate lifestyles of giving back to less privileged, vulnerable in society. 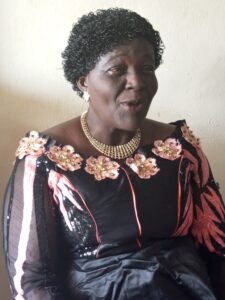 Dual Care and HIV prevention Initiative today sustained it monthly nutritional support to orphans and children living with HIV with a call on Nigerians to cultivate the lifestyle of giving back to the less privileged and vulnerable in the society. 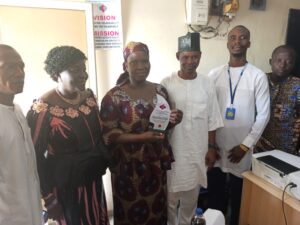 Dual Care and HIV prevention Initiative is the private Initiatives of Pastor Hon. Roseline Alabi, where she holds sway as the Executive Director. 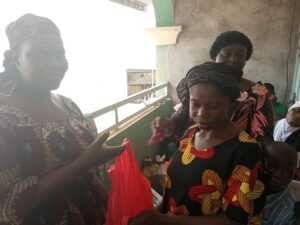 Pastor Hon. Roseline Alabi also doubles as the State Co-ordinator, Society for Water and Sanitation, North Central and Coordinator of Civil Society Organization on the Health Rights of Women and Girls and Children, is the current Chairman of KOSACA. 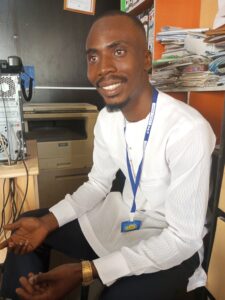 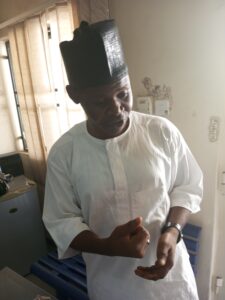 Speaking at the occasion, the Kogi State Chairman of Kogi NGOs Network (KONGONET), Idris Ozovehe Muraina who was the Special Guest,
at the monthly nutritional support to orphans and children living with HIV by Dual Care and HIV prevention Initiative held in Lokoja, tasked Nigerians to give back to the society by helping the have nots.

The Chairman disclosed that the hand that gives is always blessed, lamented that the society is becoming one where those who give are reducing, with those receiving daily increasing.

Mr. Idris praised the Initiative of Dual Care and HIV prevention Initiative at striving in the midst of the precarious economic challenges to still remain consistent in taking care of the vulnerable.

He described NGOs as playing complementary and supportive roles to government in making the society better, urged other well meaning individuals and organizations in the society to emulate the good gestures of Dual Care Initiative.

Earlier in her remarks, the Executive Director, Dual Care and HIV prevention Initiative Pastor Hon. Roseline Alabi, her NGO has assisted in the payment of school fees and in providing monthly nutritional support to orphans and children living with HIV.

The Executive Director used the opportunity to call on Nigerians to make catering for widows and the vulnerable a priority, says no one gives to the vulnerable and would not get the reward.

She disclosed that through Dual Care and HIV prevention Initiative, her NGO remains selflessly committed to offering service to humanity.

She paid glowing tributes to all the care givers and volunteers for the support that has ensured that the NGO sustained the monthly nutritional support.

She described Gov. Bello as very gender sensitive, women and children friendly Governor, pointing out that he is a detrabilised Leader whose interest for people with disabilities and children with special health issues remains unquantifiable.

The Executive Director thanked the Kogi State Commissioner for Women Affairs and Social Development, Hajia Fatima Buba, for her support to the NGO towards boosting the economic life of women living with HIV and other vulnerable in the society.

Pastor Roseline Alabi particularly thanked Dcns. Modupe Alimi, Mrs Olayinka Khadijat Funke, Dr. Femi Akande, MD Treasures and Hon. Mrs Sandra Mimi, Hon Hajia Nana Aisha Abu Ali and A donor that has been supporting the NGO constantly with N10,000 for the past 10 months amongst several other person’s for their consistency, assured that with their support, Dual Care Initiative would continue to put smiles on the faces of the vulnerable in the State.

Highlights of the occasion was the presentation of an award of Outstanding Leadership on Youth Development to Montessori Tender Crib School, Ibadan for their unflinching support to meeting the yearning and aspirations of vulnerable children in the State through Dual Care Initiative.

Similarly the organization aside carrying out HIV test during the program, distributed male and female condoms as part of encouraging safe sex.

In her remarks after receiving the award on behalf of Montessori Tender Crib School, Ibadan, Dcns. Modupe Alimi, described the award as a surprise, said it would spur the organization in doing more for the vulnerable in the society, praised Mrs. Roselin Alabi for her selfless sacrifices in giving back to the society.

The occasion witnessed goodwill message from Mr. Isah Mohammed, who equally lauded the unprecedented efforts by Dual Care and HIV prevention Initiative in giving back to the society.

Children living with HIV from across the state were in attendance to receive their school fees, nutrition supports and transportation.