The APC Presidential Primary has been won and lost, but one thing stands out, the audacity of hope of my boss, His Excellency Alhaji Yahaya Bello. 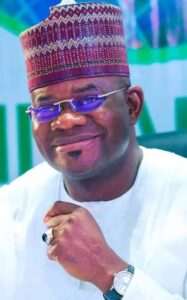 First, I will like to congratulate our party‘s presidential flagbearer, Asiwaju Ahmed Tinubu on his decisive win. Together, we must quickly heal and build a united front for the interest of our great party the All Progressives Congress at the upcoming general elections.

Most importantly, I would like to commend the effort of my boss in strengthening our democracy as a party and nation. After the sleight by some party leadership to circumvent the process, Alhaji Yahaya Bello as the unifier and advocate for justice prevailed on party stakeholders to carry out a transparency, fair and equitable electoral process. He is indeed a leader, visionary, thoroughbred, bold and a formidable trailblazer. He is now a household name as he set the pace in reshapening political space of Nigeria.

As always, he has been changing the narrative of governance in Nigeria, being the youngest governor in Nigeria, to surpassing the 35 UN affirmative action in women inclusion to a record breaking youth inclusiveness and persons living with disabilities in governance, and many firsts he has embarked on.

Yahaya Bello became a beacon of hope for the youths and women across our country. Despite the passage of the not -too-young – to run bill, his political journey has brought this reality closer to our youth that we can dare and make a mark. Kogi State stood tall because of one’s man vision who, true his sincerity, won supporters across the country.

Regardless of the result, Yahaya Bello stands out as the real hero of our democracy as evidenced in the final processes of the APC primaries.

I and many other supporters of the Yayaha Bello’s dream are assured that in few years from now, he shall enjoy the devidends of sewing the seeds of a true democracy beneficial to the nation.