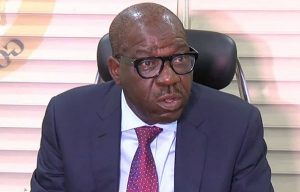 In a statement, Secretary to the Edo State Government, Osarodion Ogie, Esq., said the special team’s tenure was extended by 6 (six) months.

“Accordingly, the general public and the Staff and students of the Ambrose Alli University, Ekpoma are to note the foregoing.”

The intervention team was set up by Governor Obaseki to exercise all the powers and functions of the Governing Council of the Ambrose Alli University, with a charge for them to advance the government’s vision to reposition the institution to meet global standards.

The governor at the inauguration of the team in Benin City said, “We are going to ensure that we upgrade the Ambrose Alli University to meet global standards so that it will save us from sending our children abroad for studying; that is what we have in mind.”

He added, You are going to help us revive the regulation governing the service of staff of the university in line with the recommendations of the Nigeria University Commission.

You are also going to develop a means of funding the university outside government resources by developing a strategy that will help reduce overdependence on government and separate politics from the university. he concluded.