Federal and state government have been called upon to give constitutional responsibilities to traditional rulers in the country in checking activities of subjects at their various domains for absolute Peace and order. 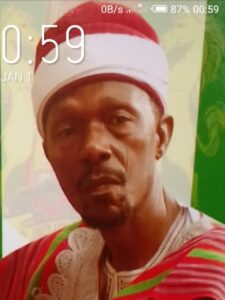 The Clan Head of Adegeshi in Akakana Ayende ward of Bassa Local Government Area Chief Joshua Uye Made the call while speaking with our Correspondent Ernest Zhokwo in Government House Lokoja.

Chief Joshua said traditional rulers across the state and the country if given constitutional responsibilities it will go a long way in reducing the excess of some of their subjects with vintage positions in the land.

He described Unity as pivotal to the development of any society and advise Youths of the local government to give peace a chance to attract gains of democracy in Bassa Land.

The Royal Father also described the recent burning of House and killings in the local government as on Called for pointing out that the area is blessed with both human and natural resources capable of accommodating every citizens in the area.

The Clan Head of Edigeshi of Akakana/ Ayende ward reiterated his determination to partner with relevant bodies to improve on the welfare of his subjects and appealed to the state government to provide official vehicle’s to traditional rulers in the state to assist them in their official transportation overseeing activities of their domains.

He also appealed to the state government to consider the elevation of other traditional rulers stressing that he is due for second class status.

The Royal Father warn youths and evil pepatrators intruding the local government to Shun vices inemical to the progress of the area and described youths as pivotal to the development of any society.

He Commended Governor Yahaya Bello for deploying security agents in restoring normalcy in the area noting that the professionalism of security agencies is commendable.

The traditional rulers Also Called on his subjects to go get their PVCS to enable them participate actively in the forth coming general election adding that without their PVCS they will not be able to perform their civic responsibilities.

Chief Joshua Uye called on Christians to sustain their prayers for the success of the forth coming general election and expressed confidence that Nigeria will remain one united country.