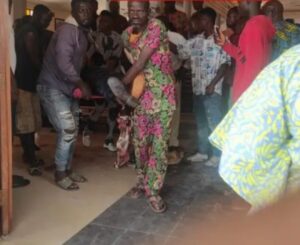 According to reports, bodies of worshippers litter the church while several others have been left injured following the attack on the church, near the palace of the Olowo of Owo.

It was further gathered that the gunmen hurled dynamite into the church in a bid to abduct a priest. The gunmen were not successful, according to eyewitnesses who were also members of the church.

The explosion was said to have occurred as Sunday Mass was ongoing in the church.

Another source on the incident, which occurred on Sunday during worship said “The herdsmen invaded the church during service at Saint Xavier Catholic Church OWO.

They killed all the people and kidnapped the priest! The videos are gory…the whole church filled with dead bodies and blood everywhere….they then bombed the premises after the massacre”

This attack has now heightened the security situation in Ondo State where random kidnappings initially led to the formation of the Amotekun Security Network.

As at the time of filing this report, the authorities were yet to give a detailed statement regarding the development.

The Police Public Relations Officer of the Command, Mrs Funmilayo Odunlami, who confirmed the attack, said that the cause has yet to be ascertained.