2023 Presidency without Gov. Yahaya Bello, Not in APC Interest – Activist 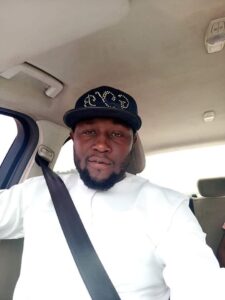 Comr. Omonu made the disclosure while speaking with Newsmen in Abuja, expressed confidence that Gov. Bello would emerge as APC consensus candidate and flagbearer for the 2023 Presidential election.

Comr. Omonu explained that the APC would defeat the major opposition candidate with ease, stating his unblemished track records and acceptability across the country as reasons.

The youth and student activists therefore called on the APC to in the interest of Nigerian Youths make Gov. Yahaya Bello a consensus candidate to serve the interest of the nation’s teeming youths and highest voting population.

While pointing out that the governor has all it takes to win in the APC Primary’s, however said it would be another way of telling the Nigerian Youths that having been pacified to be nation’ builders and shun violence by Gov. Bello in the last few years, they have been given a sense of belonging.

Comr. Omonu added that that with a population that determines electoral victory, alongside the inclusiveness style of Gov. Bello that has given the women folks voice in Governance, stands better place to win the presidential election for the APC.

Aside winning the Primary’s, Comr. Omonu said Gov. Bello’s chances to win the general election is very bright and impressive, described the governor as a Nationalists.

Comr Omonu expressed appreciation with the role Gov Bello played in stemming the several crisis across the involving the youths, said he has proven without doubt that Youths and women inclusiveness in Governance and politics is possible.

He defined 2023 as a defining moments for the APC, warn against complacency, disclosing that Gov. Bello represent the bridge, the unity and oneness of the country.