Comr. Omonu Joshua, the immidiate past Senior Special Assistant on Student Affairs says
Gov. Yahaya Bello’s emergence as the APC party flag bearer would trigger more Youths involvement in politics and ensure the needed growth and development for the country. 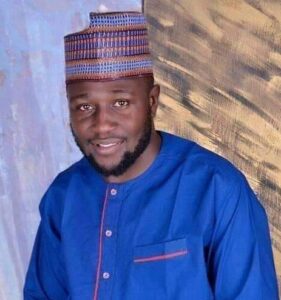 The former aide made the disclosure through a statement, said Gov. Bello’s emergence would lead over 70% of the electorates who are mostly youths to get more involved in the 2023 politics.

He disclosed that Gov. Yahaya Bello has the capacity to ensure victory and hold on to power for the ruling party.

The former SSA said backed by the Youth’s population, Governor. Yahaya Bello command the popularity all over the country with a distinguish record of inclusion of Youths involvement in politics, praised him for his woman and PWD inclusion in Governance.

Comr. Omonu urged the APC to make Gov. Bello its bearer, assuring that he has all it takes to deliver good governance, ensure security and prosperity for the citizens.