As the 2023 general elections draw nearwe, the Bishop of Anglican Diocese of Kabba ,Rt Rev’d Steven Kayode Akobe has advised electorate not only to obtain voters’ cards but ensure they cast their votes for good leaders and representatives to emerge. 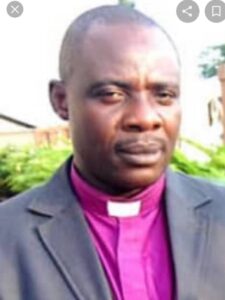 Rt Rev’d Kayode Akobe who gave this advice while reading his charge during the third session of the ninth synod of the Diocese held at the Cathedral Church of St Andrew , Kabba, also advised the electorate to stop worshipping the politicians and not be intimidated by them, saying they are not gods.
According to the erudite cleric, politicians should be accountable to the electorate and not the other way round, saying if they are accountable to the electorate things would be better.
He urged the electorate to be politically conscious by not collecting money and various items from politicians as prerequisites to casting votes, pointing out that such inducements mortgage the future generations.
He opined that such mortgaging was dangerous and capable of causing revolution in the country as the youths are daily pushed to unbearable state of poverty.
Speaking on other myriad of problems confronting Nigeria, he listed insecurity, high level of poverty and corruption as well as high level of unemployment of youths which has turned many of them to internet fraudsters and prostitutes.
He urged the Federal Government to admit the high level of insecurity in the country , stop passing bucks and seek for external help that can bring an end to insecurity .
The Anglican Bishop also said the country’s economy has nose dived, just as he called on government to be better manager of the economy.
Speaking earlier on the team of the synod which is: the place and power of the alter as a means of christian discipleship, taken from 1King 18:20-41, the Bishop described alter as a place of encounter with God for a turn around for individuals and the nation.
Against this background, he said Nigeria was bleeding and mourning and therefore, there was a great need to raise an alter for Nigeria.
Stakeholders, politicians of repute and well wishers presented goodwill messages and launched the charge.