All Progressive Congress APC members from Bassa local government area in Dekina federal constituency have rejected the nomination of APC Candidate, Paul Gowon Haruna Idris to vie for the federal house of representatives, for Dekina/ Bassa. 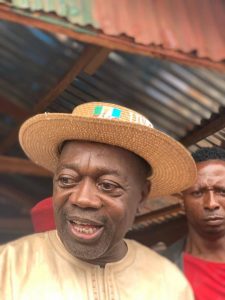 A statement signed on behalf of it’s teeming members from the area and issues by Gwatana Ernest rejected the nomination as due process were not strictly observed.

He says in the interest of fairness, and sane political process, the imposition of the former state lawmaker had predicted the outcome of the election in 2023.

“A serial looser cannot represent Dekina/Bassa area, as names of delegates were manipulated from Government House in Lokoja and handed over to local government chairmen to announce the government candidate.”

“This time around, it is not going to be business as usual , all votes must count, as the people of Bassa will not repeat a failed government and it’s anointed candidate.”

“He lost when the ovation was loudest and he was very popular, more of now that he has been construed into the political oblivion.”