YOU HAVE SHOWED HIGH SENSE OF MATURITY AND DECENCY IN THE JUST CONCLUDED PRIMARY ELECTIONS IN KOGI STATE, I SALUTE YOU MY COMRADES.

Jun 1, 2022 I SALUTE YOU MY COMRADES., YOU HAVE SHOWED HIGH SENSE OF MATURITY AND DECENCY IN THE JUST CONCLUDED PRIMARY ELECTIONS IN KOGI STATE

The Chairman, Kogi State Youth Development Commission, Mr Lawal Ozomata James has commended the Youths of the state for the matured role they played in the just concluded primaries across political parties in Kogi State urging them to sustain the tempo. 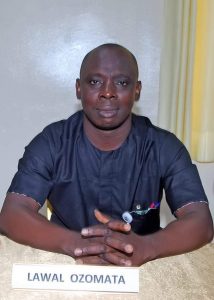 The Chairman in his statement said “I am happy that our Youths are on the right track. They have showed that the future can only be fulfilled as a youth if only we stayed alive and make it happen”

The KYDC Boss maintained that over the years, primary elections have been the indicators of how the general election will be and so it is welcome relief that the Youths have been reorientated and are no longer embarking activities that will cut short their lives or destroy their future plans.

“The Youths are no longer ready to sacrifice their life for any reason whatsoever. They are rather ready to be part of decision making and leadership process than being used as a destructive tool.” he added.

The chairman called on the youths to replicate this spirit in the forthcoming election in 2023. The Youths are critical components of the society, they are the main brain of the functional system, they must not be used as a destructive tool.

The Youths must also realize this fact that without them the society cannot function maximally and optimally, as such must be ready to tread the part of righteousness at all times. We have read severally where thoughtful message was sent to the Youths asking if the children of those who engaged them on destructive mission are fronting such mission?

But I am happy that the orientation is working. The Youths are now well refined and well orientated. This is exemplified in the just concluded primaries. The chairman also call on the youths to key behind one of their own, H.E Alhaji Yahaya Bello for the Presidency.
“Among all the presidential aspirants, Governor Yahaya Bello is the youngest. You can’t leave your own for another. He has given the youths more opportunity to be in governance and fulfill their destiny and he will do it again as President. Youths will be more engaged in leadership position with his Excellency Alh Yahaya Bello as the President.”

“The presidential aspiration of Alh Yahaya Bello is for the emancipation of the Youths to take the center stage of governance and we must rise up and make sure he becomes the president for our good.”

“Come 2023, the Youths shouldn’t allow anyone to contract them for unproductive venture. You are good to be a leader too.”
Mr. Lawal Ozomata James thank the Youths for their patient and support stating that the Youth Development Commission is been working tirelessly assuring them that the moves will soon begin to yield fruits for the betterment of the Youths in the state.

“We have been working, we are making contacts, we are talking to people and organizations and I assure you all that our moves will soon begin to yield positive fruits”