I dedicate my victory to God, my late wife— Kogi Speaker.

The Speaker of Kogi State of Assembly, Prince Matthew Kolawole has dedicated his victory in the just concluded APC Primary’s to God and his late wife, Mrs Easter Zainab Kolawole. 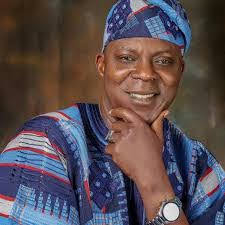 Prince Matthew Kolawole won the primary election of the Kabba-Bunu/Ijumu federal Constituency to contest the House of Representative in the coming general election.

In a statement issued on Wednesday and made available to newsmen in Lokoja, the Speaker said his past records and achievements gave him the mandate, stressing that he thanked the Governor of Kogi State, Alhaji Yahaya Bello for been there for him.

He further stressed that the people of his constituency made him proud, promised to always ensure to be transparent in what ever he does.

“The primary election was keenly contested with other aspirants. I thanked God for my victory and it wouldn’t have been possible if not for the grace of God and what I have done for my people

“The Chief of Staff to the governor, Chief Jamiu Asuku played a great role in my political career and also the state chairman of the party, Honourable Abdullahi Bello and I appreciate their total support for me,” he said.

He equally thanked the Obaro of Kabba, Oba Solomon Dele Owoniyi and other traditional rulers in Ijumu and Bunu respectively for their fatherly roles in their respective domain.

He noted that all the contestants in that primary are brothers, urged them to kindly join hands together in moving the party forward come 2023 general elections.

According to him, he can not do it alone, solicited their support to defeat other opposition parties come 2023 general election.

Prince Kolawole noted that every aspirant in that primary showed that they are popular and no aspirant is popular than other.

He noted that the APC in the state must be very focus and determined to make governor Alhaji Yahaya Bello proud during the general elections.