As part of the commitment and passion to reduce unemployment in Kogi west zone of Kogi state, Chief Adedoyin Eshanomi Ibikunle has secured another eight federal government employment slot for some youth in her zone. 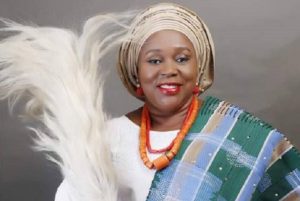 While revealing this to the press during an interview bothering on her next plan of action after the Apc senate primaries; Chief Adedoyin said as a progressive, I have moved on and looking forward to work for the success of our party candidates in the forthcoming general elections; when asked about still delivering on her promise to help the youths of the zone secure jobs; she said I just took delivery of another eight employment letters which the beneficiaries are expected to come and pick up and resume duty immediately.so my passion to reduce unemployment rate and youth restiveness is not politically motivated.

The former senate aspirant added that; her vision to assist the youth secure employment is not a political inducement or based; as coming weeks and month more youth would have been gainfully employed in to various MDAs of the federal government by the grace of God.

You will recall that some weeks ago Chief Adedoyin Eshanomi secured about seven federal government employment slots for some youth of her zone; Kogi West and she added during the presentation of the appointment letters to the beneficiaries that her target was to see how about one hundred youth can be employed by December 2022 to help reduce unemployment and youth restiveness in the zone; this additional employment slot is also in fulfillment of the target.