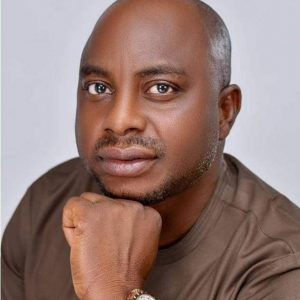 Engr. Joseph until his voluntary withdrawal from the Kogi West Senatorial seat contest under APC, was a leading aspirant whose acceptance by the good people of Kogi West was overwhelming but for the Unity of purpose of the “Yagba for Senate Agenda”, had to voluntarily withdraw from the primary contest to wage support behind Hon. Steven Karimi who hails from the same Local Government with Engr. Joseph and two other Senatorial seat Aspirants.

According to Engr. Joseph, “The Yagba for Senate Agenda has become more of a movement than a mantra and with the look of things before the primary election of our great party APC, five aspirants myself inclusive out of the eight aspirants from the three Federal Constituencies in Kogi West Senatorial District are from Yagba Federal Constituency and should we all go into the contest like that, the chances of Yagba clinching the party‘s ticket was obviously very slim and then the need for selfless sacrifice came in and I had no other option than to voluntarily withdraw from the race and put together my support for Hon. Karimi who to the glory of God has finally emerged the candidate of our Party“.

“As much as I will continue to appreciate my team of supporters for their believe and unquantifiable measure of support to me from the very beginning of the pursuit of my aspiration to the very moment of my sacrificial withdrawal, I must admit that the sacrifice myself and my team made was a worthy sacrifice to make for my people of Yagba Land”.

He further rained flood of gratitude to His Excellency, Alhaji Yahaya Bello, the Executive governor of Kogi State and leader of APC in the State for ensuring a secured and level ground for a free and fair Primary election that has produced the choice of the delegates for Kogi West Senatorial seat. He noted that with this mandate given to the people of Yagba after several years of agitation, the people will come out in their large numbers to cast their votes in favour of APC just like the 2019 general election.

Engr. Joseph appreciates his fans, lovers and believers for not letting him down especially as they showed high level of understanding with him for the sacrifice he had to make for the good of his Yagba people, stressing that the Yagba for Senate Agenda was bigger than his own personal ambition.

He charged all Yagba people and the entirety of electorates to troop out enmass to vote for All Progressive Congress from top to bottom in the forthcoming general election.

“Again, I congratulate you my brother, Hon. Steve Karimi and I want to believe with all level of optimism that this mandate given to you will bring in its fullness greater and positive level of transformation in areas of growth and development through quality representation and provision of the dividends of good governance to the people”.