The Kogi State wing of the Nigeria Union Of Teachers ‘NUT has applauded Kogi state executive Governor, Alhaji Yahaya Bello for granting the approval for the commencement of hundred percent salary payment to primary school teachers in the state. 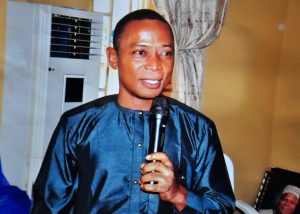 The Kogi state chairman of the Union , Comrade (Elder) Joel Salifu gave the commendation from the sideline of the go ahead given by the Governor to improve teacher’s welfare.

In an official statement in Lokoja which was made available to media Organizations equally gave the Governor a pat on back for endorsing the recruitment of fresh teachers in the state.

Comrade (Elder) Joel Salifu remarked that the far reaching decision taken by the Governor has not only rekindled hope in the teaching profession but also serve as a catalyst to generate gainful employment opportunity to the agile and intelligently mobile youths and rescue them from streets of the state.

The state Union leader further posited that Governor Yahaya Bello administration’s decision to pay one hundred percent salary to teachers has reverse the toga of percentage salary which had over the years brought untold hardship and make them go cap in hand begging.

”Onbehalf of the State working committee of the Union ,I wants to express our sincere appreciation to our teacher’s friendly Governor of Kogi state and by grace of God ,the incoming President of Nigeria for his passion geared towards fast-tracking qualitative education through the approval given recently”.

”The Union has passed a clean bill on health on Governor Yahaya Bello to contest for the exalted office of President and Commander in Chiefs of the Federal republic of Nigeria ,as teachers have unanimously resolved to back him up and canvass for emergence”.

Comrade (Elder),Joel Salifu therefore admonished teachers that were affected by screening with genuine cases to apply for the on-going recruitment exercise and other categories is retired teachers that are physically fit can equally applied for the job.