Following the success of the Primary elections of All Progressive Congress – APC For Senate, House of Representatives and States Assemblies in the country, Hon. Jacob Abraham Damilare, a Permanent Board Member of Kogi State Health Insurance Agency- KGSHIA, sends congratulatory message to winners at the poll with particular reference to those from Kogi West Senatorial District. 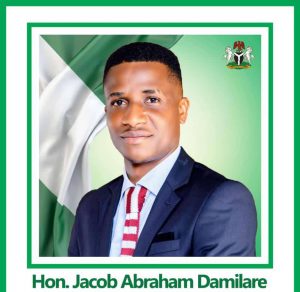 The governor Yahaya Bello‘s youngest Permanent Board Member said the Party‘s Primary elections which recorded relative peace and orderliness across the three Senatorial Districts, Nine Federal Constituencies and twenty one Local Government Areas in the State is a testament of governor Yahaya Bello‘s competence in leadership, acceptance of the people’s will and an existing commendable cordial relationship between the Party, its executives and members.

He held that the outcome of the primaries in the State was in no doubt the total transmission and translation of the people’s will, stressing that party‘s level of acceptance of the will of the people is incredible, commendable and unbeatable compared to other parties.

Hon. Abraham summarized the victory to be a victory that must be credited to God and one that is for all members of the party.

He enjoined all other aspirants to accept the outcome of the concluded party‘s primary elections in good faith and further charged them to team up with the party to ensure that the party records landslide victory at the general election in few months time.

In the same vein, Hon. Abraham Jacob expressed huge optimism that come June 6th/ 7th of the Party‘s Presidential Primary election, Governor Yahaya Bello will clinch the party‘s ticket as he remains the candidate to beat. He calls for prayers and support for the success of his principal’s presidential ambition.