May 30, 2022 Barr. Bamidele Suru Warn mischief makers, threatens legal actions against persons bent on dragging his name into the mud .

Barr. Bamidele Suru, legal luminary and practicing in Kogi State has revealed of plans by some mischievous political actors to drag his name in the mud, threatens legal actions against mischief makers. 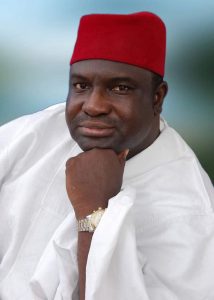 Barr. Suru, former Kogi State Commissioner for Solid Minerals Development made the disclosure in a chat with Thenigerianpost, said some persons for no just reason are after his good name.

Barr. Suru says he is a commited member of the APC and has no dealing with the ADC, expressed worries that some persons are trying to link him with the ADC for mischievous purposes.

Barr. Suru who reacted to an ongoing allegations against him of meddling into the affairs of the ADC primaries holding today in Yagba West, described the allegations as baseless particularly that the Nigerianpost met him in his office.

The legal practitioner threatened to take legal actions against mischief makers, those bent on dragging his name in the mud, just to destroy his hard earned reputation, said as you can see I’m in my office working, wondered what time he had to be in a place the ADC is holding its primaries.

Barr. Suru warn those after his good name to desist and stay clear pointing out that he is adequately prepared to go any length in seeking legal redress by mischief makers bent on dragging his name into disrepute.

A Member of the African Democratic Congress in Yagba West has accused a Chieftain of the APC, Barr. Bamidele Suru of wanting to impose a candidate on the party.

Samson Afokinkin, an executive of ADC in Yagba West disclosed that Barr. Suru a member of the APC has camped all the ADC delegates for today’s Primary Election in the house of one Mr. Femi Sheidu.

Aside his interference in a party he is not a member, the ADC member accused the APC Chieftain of brainwashing the ADC delegates with peanuts and sweet words to vote for Hon. Kuli, his preferred candidate.

The ADC member said they have all been at the polling center located at the ADC SECRETARIAT since morning with no sight of any delegate.

The ADC member urged the APC Chieftain to allow the delegates to vote for their preferred choice candidate, pointing out that only aspirants with integrity would be elected.

The ADC member wondered why anyone that is not from there party will interfere in their party business to the extent of trying to impose a candidate on the party.

He urged other members of the ADC not to give chance to any outsider to come and destroy the party all in an attempt to disorganize the ADC.

The ADC member said the plans of the APC has been revealed, saying all their hidden plans in the ADC have been made known about their hidden meeting and their motives, said it won’t work out.