In reciprocity of the overwhelming support given to the recently elected candidate for Omala State Constituency under the platform of the APC, Hon. Umar Yahaya, came a thank you visit to Omala APC delegates at the party secretariat in Abejukolo the headquarters of Omala local government area. 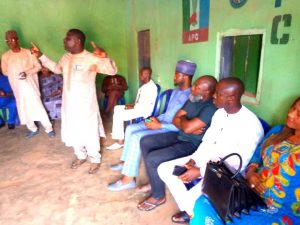 During the said visit, Hon. Umar Yahaya appreciated the delegates, party Excos, party supporters and loyalists for the support, prayers and goodwill accorded him during the recently conducted primary election which he emerged victorious. 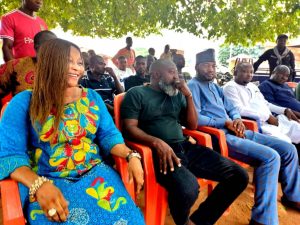 He promised to use his position if elected to better the lots of his immediate constituency and make laws for the betterment of the Omala people. 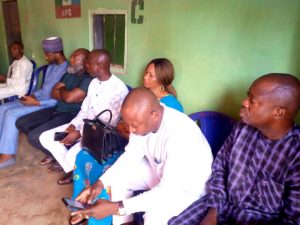 “I’m choose to make this visit to extend my sincere appreciation for electing me as the flag bearer of the APC to run for the position of Member Omala State Constituency. Your show of love is unquantifiable and I lack words to thank you all. I will not let you down and by the grace of God Almighty, changes will be seen in Omala LGA if given the mandate at the general election. Omala voice will be heard and succour will be brought to the doorstep of our people, “Hon. Yahaya added.

The APC Chairman for Omala local, Hon. Alih Shehu commended the aspirant, Hon. Umar Yahaya for coming to appreciate the party delegates for queuing behind him in the last election. He said the party (APC) in Omala local government is one strong family as shown in the last primaries and will exhibit same in the upcoming general election.

Hon. Shehu further enjoined the party members to intensify their political activities as we fast approach the general election and said by the grace of God, the APC remains the party to beat in Omala.

The visit was further extended to the APC Elders Advisory Council where the Chairman, Alh. Suleiman Husseini and his members received Hon.Yahaya and in his words said “we have noted voted for anyone and he came back so quick to show appreciation.That means Hon. Umar is not an ingrate and we will do more for him come the next general election.

Hon. Yahaya expressed his sincere appreciation to the advisory council and said if God gives him the mandate, he will help reshape Omala through his lobbying capacity in the house of Assembly and by making laws that are people-oriented.

The highlights of the visit was a stop over at the palace of the Onu Abejukolo, Alh. Suleiman Abimaje for his royal blessing.