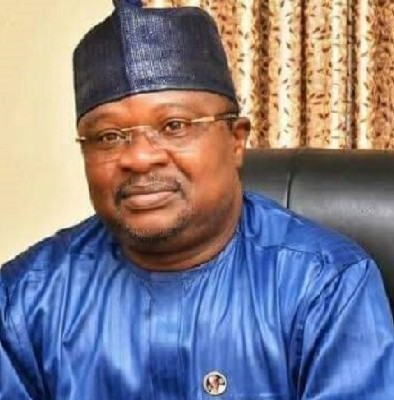 The All Progressives Congress standard flagbearer for Kogi Central Senatorial District, Engr. Abubakar Ohere has sent a message of appreciation to the party delegates and faithful, with a promise to offer adequate and vibrant legislative engagement that will help the people of Central and the country at large when elected

Engr. Ohere equally thanked and appreciate God who made it possible for his emergence as the Kogi Central APC Senatorial District Flagbearer.

The former Works and Housing Commissioner acknowledged the purposeful leadership of the amiable and pragmatic Governor, HE, Alhaji Yahaya Bello who doubles as the leader of the party in Kogi State, praised him for providing the enabling environment to have a successful, peaceful, transparent and credible primary election that saw he emerged as the flagbearer for the APC.

Engr. Ohere specifically appreciated the State Party Chairman, Hon. Abdullahi Bello aka Dollar, expressed confidence that he has the ability to truly provide the much needed qualitative representation at the National level for the district.

Engr. Ohere disclosed that it is not out of place to disclosed that he has a full grasp of the grassroots support and appeal, assured of an overwhelming victory for the APC in the forthcoming general election.

He promised to justify the confidence reposed in him to represent the party at the poll, appealed to other aspirants who contested alongside with him to see themselves as all winners in the contest, pledged to carry them along in the scheme of things, pointing out that the task ahead cannot be handled by only him but with their collective support and cooperation the ruling All Progressive Congress.

He pledged not to take for granted the opportunity given to him, assured the people that when finally elected at the early next year general elections, the district will get a better deal as he will bring to bear his wealth of experience and connections to lobby more federal presence in terms of projects, employments, youths and women empowerments, human capital developments and infrastructure developments to the area.