The Kogi Central Media Crew express appreciation to the good people of Kogi Central for coming out to celebrate the victory of Engr. Abubakar Ohere at the All Progressives Congress (APC) Primary election held on Saturday 28th May, 2022. 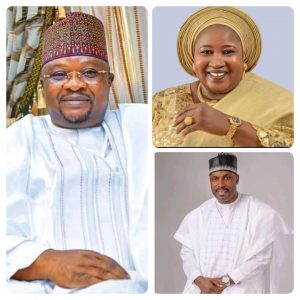 The Media Group via this medium wish to also appreciate one of the contestant, Barr. Ramatu Attah for her non-violent conduct during the peaceful Senatorial Contest where she came distance second with 13 votes.

Regrettably, there are issues raised by Barr. Ramatu Attah in her post election video that need to be straightened for records purposes and to the benefit of unsuspecting public who need to be appropriately informed.

Except one wants to feign ignorance or wasn’t actually informed of the electoral processes, the issues of delegates selection doesn’t arise in a day and of course never a one man affair but a scrutinized exercise which has procedures and processes as enshrined in the constitution of the Party.

To clear the doubts of those who are not well informed of party processes and procedures, here are the steps in delegates election and voting procedures as enshrined in the party’s guidelines;

– The person who aspires to be a delegate must first of all be a duly registered member of the Party (APC).

– He/She must also indicate interest for the Party Delegate in the Ward and at the appropriate time.

– He/She must provide evidence of Party membership from his/her Ward/LGA.

– He/She must also show evidence of financial commitments or fees paid to the party as at when due.

– He/She must also be an eligible Voter with evidence of Permanent Voter Card (PVC).

– Having satisfied above requirements and the delegate aspirant duly verified by the party, then, he/she would be qualified to contest at the party congress with such documents also attached to their forms.

During the delegates congress, those who score the highest votes emerge at their various Wards/LGAs and returned elected as delegates by the Party officials.

– Thereafter, the party headquarters will issue certification for the process and produce the list of duly elected delegates which was duly signed and issued to the Returning Officers to be used in the conduct of the party‘s primary elections.

– On the day of the Primary Election just like yesterday’s and previous ones, the Party Chairman assists in physically identifying his Party members in addition to other accreditation processes.

Now in yesterday’s APC Senatorial Primary in Kogi Central, the duly signed and certified list of the APC delegates from each LGA/Ward was provided by the party officials and confirmed by the Kogi State Election Team from National Headquarters in the full glare of the Election Stakeholders present and which the Returning Officer used for the Exercise.

It’s worthy to note that none of the delegates was identified not to be eligible by any of aspirant and as well there wasn’t any confusion in the identity of persons that voted as delegates. Then, why the fuse over the delegates list?

At this juncture, we would like to advise Barr. Ramatu Attah and her cohorts or sponsors to accept the defeat in good faith and of course be bold enough to tell her supporters the obvious truth that they are not popular among the delegates hence, her failure at the Party Primaries.

In the same vein, the formidable Media Group urge Barr. Ramatu Attah to withdraw her threats of further protest as the action is tantamount to anti-party activities which the progressives party seriously abhors.

Similarly, we are calling on other contestants to desist from causing disaffection within the ranks of the party, rather support the party‘s flag bearers and as well engage in activities that would further sustain the winning streak of the APC before their coming into folds of the party.

Finally, we applaud the party delegates for standing on the path of truth without listening to money bag politicians who wanted to buy their conscience for another four years.