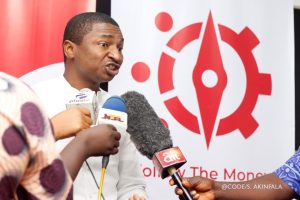 Lawal, an independent observer made this call at the sideline of Kogi Central Senatorial primary election of All Progressive Congress (APC) in Okene.

According to him, without adequate security, the INEC’s sensitive materials will not be safe, and Nigerians will not come out to cast their ballot thereby leading to voter apathy.

”There is need to ensure adequate security as much as primaries elections are ongoing in Nigeria, but my major concern is the general elections in 2023.

”Today, I am happy that we have adequate security on ground and some of the agents and aspirants are well coordinated.

”We have INEC officials as well as various security agencies to ensure there is peace and the election is free and fair,” he said.

Lawal also urged Nigerian youths to ensure active participation in politics by being a card carrying member of a political party, and be part of the process and structure.

An anti-corruption activist and founder, Follow The Money, stressed that youths participation in political process was key to embracing inclusion, inter-generational equity and dialogue.

He urged the politicians and legislators to put their personal interest aside, and deliver on good governance and services to the people based on their ideals and manifestos.

Lawal, an anti-corruption activist and co-founder, Follow the Money, said the fact that money politics was still playing precedent in Nigeria, signified that the Anti- Corruption Agencies were not doing enough.

“If they do, people with money bags will be scared to use money to entice voters.

”If we must get it right, we must embrace our value system which has eroded,” he said.

Lawal disclosed that the CSO had deployed observers who were documenting the entire process of the parties’ primary elections, adding that the report would be out soon.

He emphasised that Science and Technology should play a big role in the next election to reduce voters apathy and ensure peaceful, free and fair election where politicians would not muzzle the process and the people.