The OWORO AYAKONILE G17 FOR AGUYE 4 REP. has sent a message of congratulations to Hon. Suleiman Danladi Aguye on his emergence as the APC flagbearer for Lokoja Kogi Federal Constituency. 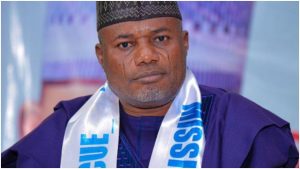 The group in a statement issued to Newsmen and signed by Chief Aiyetehin Tunde, President of the group. described the victory as well deserved.

The G17 said the victory didn’t come as a surprise, particularly when justapose with his humility, accessibility and generousity.

The G17 wished him well with a promise to stand by him through the campaign process till the victory is won in the general election.

The Group wished him well and congratulated on the well deserved victory.