May 28, 2022 Dear Delegates and fellow compatriots of our esteemed party APC in Kogi East Senatorial District.

First and foremost, I must thank God Almighty to have elected you out of thousand members of our party to decide the future and Progress of our party. 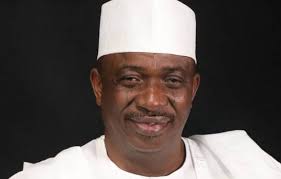 By your Election, you now have a convenant to either be remembered for standing up for conscience or to severe it for a pot of porridge which last, but for a moment.

The party has entrusted you with two choices; the choice to grow and deepen democratic tendencies in our party in which the very best , devoid of mundane consideration is elected as standard bearer of our party at the General Election, or to swindle your name into oblivion on the basis of instant gratification

As a man of honour as you are, you should be guided by the trust that the party has repose in you, which is an open wound which could only be healed by good conscience.

However, as we enter the most critical and decisive period of our Party‘s history, which you are a major player. I sincerely urge you to shun filthy lucre and vote for candidates with proud antecedents that can command mass appeal for our party at the general elections.

Without mincing words, I’m not rich in Naira but by the benevolence of the almighty, I sincerely covert your support as you cast your vote for me and be rest assured that as I have always done in all positions I have held, I would justify your made for the greater good of our Senatorial District.