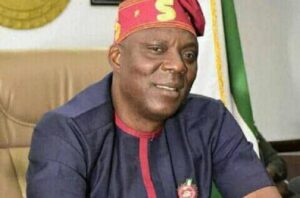 The Primary Election was held at Kabba Headquarters of the Council on Friday , saw Hon. Kolawole getting the nod of the delegates with 69 votes to beat his close opponent who scored 39.

Speaking at the end of the Election, Hon. Kolawole who pulled votes to beat his opponents promised an all inclusive representation.

He appealed to all party members to close rank and unite the party, adding “we are all brothers and sisters.

He  said others who could not make it this time are eminently qualified, but said in every competition, one person must definitely win.

The Speaker appealed to all APC members in the Senatorial District to shift focus to winning the general election.