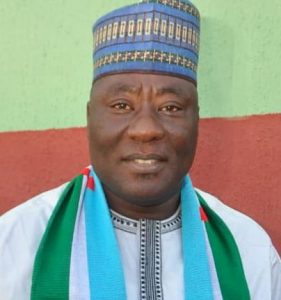 The House of Reps primaries which was conducted between two aspirants after Hon. Isa Wasiu willingly stepped down for Hon. Idris Ozi Shaibu before the commencement of the primary today gave an edge to Hon. Idris Ozi who pulled a total votes of 105 out of the 110 accredited delegates from both Adavi/Okehi local governments.

The returning officer, Hon. Yahaya Karaku declared Hon. Idris Ozi Shaibu as a returned and elected candidate for the ruling party to contest for Adavi/Okehi Federal Constituency in the House of Representatives election.

The primary election which was conducted through indirect primary at Okehi local government Secretariat today, had in attendance all the accredited Party Delegates, and Aspirants, and the whole process of the exercise was carried on under the supervision of two Chief Security Officers in charge of Adavi/Okehi local governments, Hon. Joseph Omuya Salami & Hon. Abdulraheem Ozovehe Ohiare who also doubles as the Chief host, Commissioner for Local Government/Chieftaincy Affairs, and honorable Commissioner for Water Resources, the Security agencies, INEC officials, party stakeholders, and host of others.