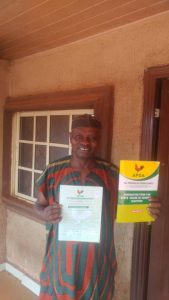 The Publisher of Smart Magazine also assured of quality representation if elected.

The Publisher disclosed that he is contesting on the platform of APGA because of the level of acceptability in the Constituency, called for the people’s support to enable him actualize his aspiration.

He called on the people to support his aspiration, promising to justify the mandate if given the opportunity.