The President of Teens Educational Development and Information Initiatives, Mr. Titus Alonge, has appealed to Gov. Yahaya Bello to make the signing of the Violent Against Persons Prohibition Bill a gift he would bequeath to the people of Kogi State. 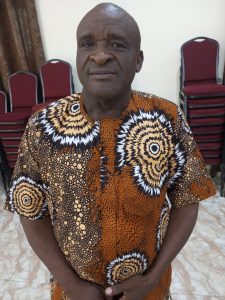 The President made the appeal while joining other well meaning individuals and organizations to appeal for the signing of the VAPP bill presently before the Governor for his assent.

The President described the bill as good for the people of Kogi State, said the state should join other states in the signing of the bill.

He appealed that the state should not miss out on the signing of the bill as it has all it takes to protect citizens against violence of any kind.

Mr. Alonge urged the Governor to please do the needful described the law as one that matters and very important to the State.

In his words: ” for the sake of our people please sign the bill as it will benefit the people”.

The President disclosed that Gov. Bello has done well in many areas of governance that would make Nigerians to vote for him in his Presidential aspiration, urged him to make the VAPP bill a gift to the people of the state.