The All Progressive Congress Primary election for House of Assembly Aspirants in Okehi Local Government Area was held peacefully. 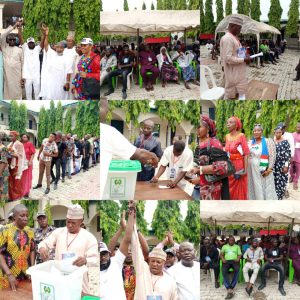 The Returning officer Mr Jimoh Ozigi Omeiza who supervised the accreditation of delegates before the commencement of voting.

The delegates was line according to wards and voting commenced and ended peacefully.