Yagba West: GYB in a dilemma

The last few weeks has been quite intense within the state with various aspirants being projected as the anointed candidate of the governor a rumour that Alhaji Yahaya Bello has consistently denied. 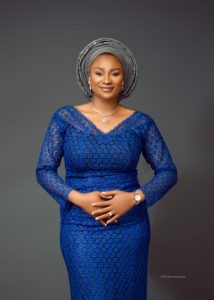 However, it became very clear from the meeting held with the Governor by all aspirants and stakeholders of APC from Kogi State at the Ladi Kwali Hall, Sheraton Hotel, Abuja that the Governor is not only an objective leader but a fair one.
The body language of His Excellency at the meeting yesterday clearly suggested that he will rather build a cohesive party even when he has special and particular interest.
Before now, it was rumoured that the preferred candidate of the Chief of Staff, Pharm Jamiu Asuku Abdulkareem and by extension the Governor Alhaji Yahaya Bello in the Yagba West HOA race is one Ms Yemisi Oshaloto. Thus was largely because the administration was interested in supporting women into the State House of Assembly among other positions in the state. However, close insiders within the governors inner circle has reliably informed that the Governor is now more interested in Tayo Shinkaiye Agboola for very obvious reasons.
One of the major reasons is that Alhaji Yahaya Bello has now been confronted with more facts about the rotational arrangement within Yagba West LGA and has instructed that such local arrangements be adhered to in the interest of peace and success of the party. Another critical area is the Governor’s interest in a female candidate from the LGA. GYB is known for his inclusion for women and youths. Tayo Shinkaiye Agboola falls perfectly into this category.
Ultimately, our source who craved anonymity also confirmed that reliable reports from Yagba West is that the people strongly believe that if it must be a woman that will represent them, their only choice is Tayo Shinkaiye Agboola because she represents fairness, justice and equity for the people. She is popular on ground and the only aspirant to have met with all the party Ward and Local Government Excos among other aspirants.
Now His Excellency’s lieutenant must figure out the best way to ensure that this more acceptable candidate emerges to secure the fortunes of the party.