Kogi PDP Chairman Lauds Conduct of Primaries, Congratulates Winners and Losers For Their Show of Sportsmanship.

May 25, 2022 Congratulated Winners and Losers For Their Show of Sportsmanship., Kogi PDP Chairman Lauds Conduct of Primaries

The Kogi State Chairman of the Peoples Democratic Party, Engr. Sam Uhotu, has commended the peaceful conduct of the party‘s primaries held across the state, congratulated the winners and the losers for their show of maturity. 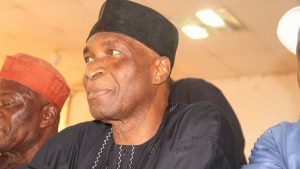 Engr. Uhotu in a statement issued to Newsmen in Lokoja, described the orderly and peaceful conduct of the party‘s Primaries across the state as an eloquent testimony that the PDP is set to win and take over the state come 2023.

The Chairman said the display of sportsmanship at the party‘s Primaries across the state has once again reaffirms the party‘s commitment and resolve that it remains the party to beat in the 2023 general election.

While he urged the winners of the party‘s Primaries and flagbearers to be magnanimous in victory, urged the losers to take the defeat in good faith, assuring that the party is resolved to ensuring that it runs an all inclusive policy where everyone who participated in the process would be compensated.

Aftermaths the primaries, the Kogi State Chairman of the Peoples Democratic Party, Engr. Sam Uhotu urged the aggrieved members to be calm as the party has set up an appeal Committee that will attend to their matter.

Engr Ohotu urged members of the party to remain supportive and united even after the primaries, pointing out that the party has remained the envy of all other political parties in the State, said this is not a time for complecency but for greater alertness and sincerity of purpose.

The State Chairman thanked the members of the party and the people of the State for there support, assured and expressed confidence that the PDP would take over the state in 2023.