The Kogi State Chapter of the Peoples Democratic has called on its members to refrain from making unsavory remarks following the conclusion of the party‘s Primaries. 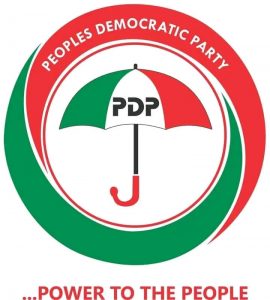 The PDP in a statement signed by the Deputy Chairman, Hon. Sam Abenemi, urged the members of the party to see the completion of the Primaries as not an end of a process, but one that would lead to another phase, appealed against use of uncomplimentary remarks.

The PDP called on the winners of the Primaries to be magnanimous in victory, appealed to their supporters from using offensive remarks against those who took part in the Primaries.

The PDP urged members to look at the bigger picture for all members, cautioned persons engaged in unsavory remarks to desist and called for collective working together for the PDP to win all seats in 2023.