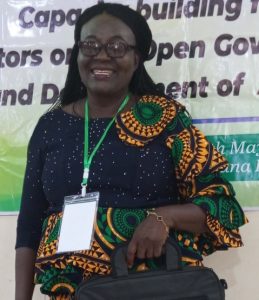 Pastor Alabi who is also the Board Chairperson of Kogi State Agency for the Control of HIV and Aids, expressed confidence that having made impact with the signing of other bills relating to the well-being of the people, Gov. Bello would soon sign the bill.

Pastor Roseline made the disclosure while speaking with Newsmen on the VAPP bill waiting the governor’s assent, lauded Gov. Bello as a record breaker when it comes to issues affecting the vulnerable in the society.

Pastor Mrs Roseline described Gov. Bello as the most gender sensitive Governor in the country, says his disposition to issues of gender and the vulnerable remains unquantifiable.

She disclosed that his Gender disposition is what led to the Governor to be honoured with the award of He for She award, expressed confidence that soon the issues of the bill would be dusted by the Governor.

Pastor Roseline praised Gov. Bello for his recent approval of funds for the treatment of some cancer patients, described the VAPP bill as having a human face that would cater for all gender related issues.