May 25, 2022 Dr. Dayo Mesele Congratulates Hon.TJ Yusuf on his success at PDP Primary

An elder statesman, Dr Dayo Mesele has sent a message of congratulations to the Kogi West PDP Senatorial District flagbearer on his victory at the Primary election. 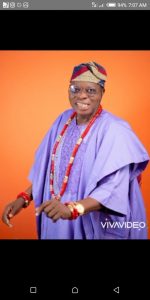 Dr. Mesele in a statement issued to Newsmen in Lokoja, described the victory as a product of hardwork, humility and acceptability by the people.

While wishing him success in the forthcoming general election, the elder statesman urged him to sustain his good works in service to humanity.