The Founder and Initiator of Hajia Halima Isah Atodo has disclosed of plans by the foundation to sponsor more adults and children to study Islamic education. 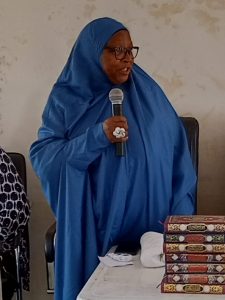 Hajia Atodo made the disclosure at the
presentation of prizes to winners of the 2022 Yisab Ramadan Quiz Award, held at Jama’atu Nasril Islam Secretariat, described the Koran as a book of life. 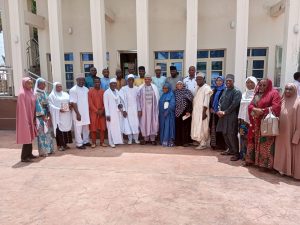 Hajia Atodo noted that the Koran is a book of life from God that is giving to those he loves, urged people to learn how to read the Koran to become better individuals. 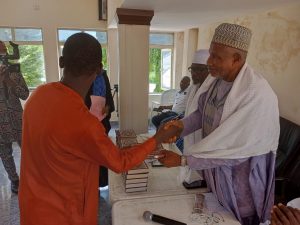 While pointing out that the annual Yisab Ramadan Quiz Award has come to stay, said the society can be made a better place to live in if learning and understanding of the Holy Koran is giving a priority. 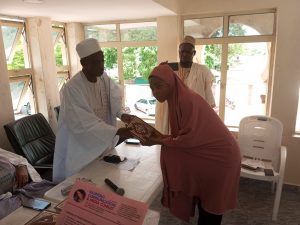 The Founder described the Holy Koran as a book that captures the perfect way of life for the people, promised to do all the is possible to sustain the award. 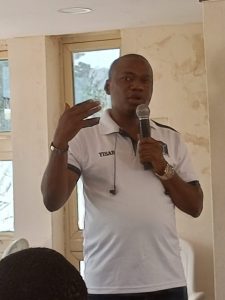 In a remarks at the award presentation, the Kogi State Chairman, Jama’atu Nasril Islam, Amb. Usman Bello in a goodwill message described the Yisab Ramadan Quiz Award as a program that has helped shaped the way of life of the people. 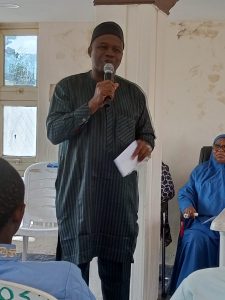 He advocated the need to make the program weekly and monthly, said if the award is imbibed as a part of the people’s way of life, said it would help check several ills noticed in the society as well as encourage the reading and studying of the Koran. 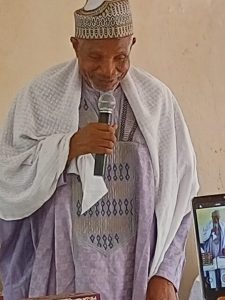 Similarly, the Secretary of JNI, Alhaji Isah Adeboye, described the Late Isah Atodo as a forthright personality in Islam who was passionate about propagating the religion, congratulated Hajia Halima Isah Atodo for Sustaining the legacies of her husband in the learning and teachings of the Koran.

In an admonition at the ceremony, Imam Aliyu Wandana, spoke on the importance of charity, urged Muslims to see given back to the society as the surest way to enjoy his blessings, pointing out that the rewards for charity is not only earthly, but hereafter.

Highlights of the ceremony was the recitation of the holy Koran and special prayers offered for the Late Alhaji Isah Atodo.

The occasion also gave opportunity for goodwill messages by the General Manager of Prime FM Radio Station, Lokoja, Comr. Adeiza Momoh Jomoh, who promised to sustain the partnership with the organizers of the Yisab Ramadan Quiz Award.

About thirty persons emerged victorious at this year’s Yisab Ramadan Quiz Award were presented with the Holy Koran and other prizes.

In a vote of thanks, Silas Sanusu, who represented the Managing Director of Yisab Communications, said Yisab is thinking of better opportunities to expand the scope of the quiz competition, expressed appreciation with the impact the quiz program has made in the lives of the people.