National Youth Corp Members(NYSC) in collaboration with the entire industrial training (I.T) students serving under rural water supply and sanitation agency (RUWASSA) duly appreciate the newly appointed Executives Director Dr. M.A Dan-Hassan for his wonderful jobs he is doing in this prestigious agency which has uplifted thousands of residents in rural area for a portable water accessibility and hygiene services within F.C.T. 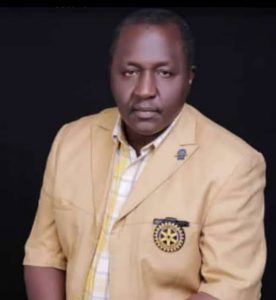 Dr. Hassan is a leader with impeccable leadership qualities and managerial acumen as well as sagacity needed to carry people along has demonstrated in various post he held before his appointment as the new Executives Director of the agency. He is entrusted with growth and nurturing of the agency to the enviable heights owing to his awesome track records at Federal Capital Territory Adminstration(FCTA).
His busy and strict work this in making sure to deliver on the huge task entrusted to him has continue to see those around him and his Corp members alikes.
By just mentioning his name, staffs of the agency have different positive stories to tell, all because of his achieved history of learning through the job first as a good leader and rising through the ranks to become the Executives Director. Thus, he carried both the heads and other staffs along in all segments. It is his sincerity and sense of duty to serve the nation and the people of federal capital that attracted the top management of the Federal Capital Territory Adminstration(F.C.T.A) in given him opportunity to become the Executives Director of rural water supply and sanitation agency as one of the most sensitive agency that was newly created. He is a perfect fit for this challenges, having acquired PHD in geology and other professional courses with a great passion to render more services in his area of calling in building a formidable structure in Federal Capital Territory Adminstration.
It is no longer news that many of his colleagues and subordinates can testify to his capacity as witnessed over the years in both public and private sectors on services of both human and community development.
Dr. M.A joined the federal capital territory water board as a hydrologist in 1994 and rose through the ranks with hard work and commitment he rendered to federal capital territory Adminstration.
Since he took the mantle of leadership as the Executives Director, there have been alots of achievement and improvement on water supply by way of providing new and rehabilitating existing water schemes and improvement of hygiene services in the rural areas within federal capital territory.
The Executives Director is working tirelessly with sister agencies in his efforts to actualize the mandate he is saddled with and also touches the lives of the citizens positively by provision of access to safe drinking water and effective sanitation couple with hygiene practice which is a core mandate of the agency.
Dr. Dan Hassan is a mulit-talented administrator per-excellemce who always emphasize practical training and skill acquisition as a tool for future development that would strengthen both the staffs and corp members in their various careers, and also for the betterment of the agency.
Sequels to the numerous assistance he had rendered to the corp members and the students under his watch as an academic elites and a father as laid the foundation and shaping our future career. He always regard every corp members and students serving under the agency as his own children and always treated us with his best ability.
We therefore send him good wishes as a role model whose cup of knowledge is worth tapping from.