My attention has been drawn to a picture of Hon. Yori Afolabi, a former Minority leader in Kogi State House of Assembly, insinuating that he is my Campaign Director General. 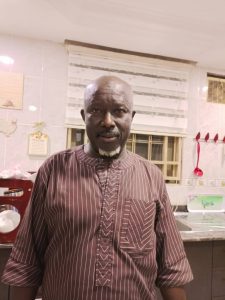 I wish to State categorically that he has nothing whatsoever to do with my Campaign Organisation.

My Campaign Director is Mr Murtala Akintola from Iyamoye.

Mr. Murtala Akintola is a respected Member of the APC from Iyamoye, an appointee of Kogi State Government and a firm apostle of GYB to PYB.

The mischievous picture that is being insinuated as my Campaign Director, emanates from my detractors who will not stop at anything at blackmail all because they have lost touch with realities and cannot win any election in Kabba Bunu/ Ijumu Federal Constituency.

Hon Yori Afolabi is a former Memberber of Kogi State House of Assembly from 2011 – 2015 ( Minority Leader). He is not occupying any position in my campaign organisation.

I therefore use this medium to clear the air and to urge the general public and concerned stakeholders that mischief makers are at work, and to emphatically state that Mr. Murtala Akintola is my Campaign Director General and not Yori Afolabi.