May 23, 2022 Edo Gov't to train 100 Small Scale Entrepreneurs on financial literacy in Auchi

The Edo State Ministry of Trade, Industry and Cooperatives, under the charismatic leadership of Hon Afie Braimoh, is surely not resting on its oars in its determined bid to help local MSMEs boost their capacity as well as develop the ability to adequately respond to the dynamics of modern economic reality. 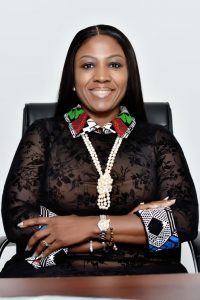 Based on the NEEDS assessment programme carried out by the ministry staff, during which it identified certain capacity utilisation gaps among the MSMEs, the ministry deemed it fit and necessary to collaborate with its German development partners, GIZ/SEDIN- GOPA to organise a training session for an additional 100 MSME operators on financial literacy.

The press statement issued yesterday, in Benin, by the ministry’s Director of MSME Development, Mr Omonbude Oyedoh, said the financial literacy training will commence in earnest on Monday, May 23 at the Etsako West Council Hall, Auchi.

, The choice of Auchi is deliberate, considering its enviable status as the commercial and administrative hub of Edo North district,

The Edo North arm of the training programme is expected to draw participants from the six local government areas of the district as well as expose them to the modern-day intricacies and techniques of credit accessibility, financial management, marketing, branding, packaging and networking.

Stating that more than 400 MSME’s in Edo South have benefitted from the training scheme and have shown remarkable proficiency in the application of modern techniques in their respective business concerns, Mr Oyedoh expressed hope that the narrative about the local MSME’s would soon change for the better by the time the ministry conducts similar training round the entire state.

Edo State recently recorded phenomenal success in its maiden outing at the NASSI Lagos trade fair, where “Made in Edo” goods stole the show.

The Edo State Commissioner of Trade, Industry and Cooperatives, Hon Afie Braimoh, Afie as her admirers fondly call her, has laud so much emphasis on upscaling the skills of MSMEs in line with the mandate of the state governor who is of the firm belief that they represent a critical mass in the bold drive to grow the local economy.