Austin Okai has emerged as the Peoples Democratic Party Flagbearer for the forthcoming general election for Dekina Bassa Federal Constituency. 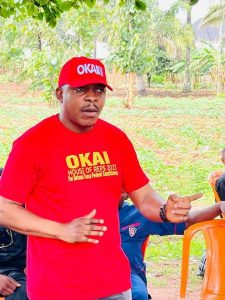 He defeated his closet rival, Hon. Emmanuel Omebije with 28 to 16 votes to pick the PDP ticket for Dekina Bassa Federal Constituency.

Okai while speaking after he was declared the winner, extended the olive branch to his co- contestant, urged him to join hands with him to win the general election.

He commended the peaceful conduct of the Primaries, promised to continue with his good work if elected at the general election.