APC Stalwart and Former Commissioner of information in Kogi State, Dr Tom Ohikere has said that the All Progressives congress remains an anti corruption Platform despite the assumptions of the opposition and detractors of the government. 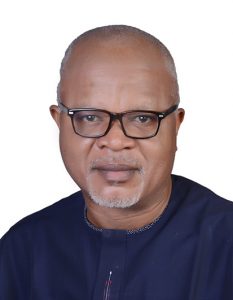 Ohikere made the statement in response to the recent arrest of the Accountant General of the Federation Alhaji Ahmed ldris by the Economic and Financial Crimes Commission ( EFCC),

According to Ohikere, who is also the Publisher of the APC NewsOnline, the case of Ahmed ldris and other such similar developments that have recently come to the fore, shows that the Party still believe that no sustainable development can take place in the country, if corruption is not defeated and reduced to the barest minimum in the polity.

Hence the pressure on the anti-corruption agencies to maintain the momentum despite the APC led Federal Government coming to a close with the 2023 general elections around the corner.

Ohikere said, “ you can see that under our party, the EFCC has recorded high profile arrest, prosecution and even conviction of public office holders, including some who are members of the ruling party, such as the deputy chief whip of the senate, Senator Orji Uzor Kalu.

“ So the present arrest of Mr Ahmed ldris is an added boast for the Party. What it shows is that the APC is not sleeping on its oars when it come to the anti- corruption war, which was one of the cardinal plank of our party in the pre-2015 election campaign.

“ The APC has proven that it is different from the PDP and still determined to Salvage our country from this malignant disease that is threatening the very foundation of our national existence.

Speaking further, Ohikere praised the EFCC Boss, saying the way he has executed the mandate of his office, has justified his appoint to such sensitise position.

“Bawa is an excellent choice for EFCC chairman. The young man has done impressively well. He has brought fresh vigour to the EFCC, making the body exercise a certain independence vis a vis the political establishment, unlike the way it used to be.

Ohikere further called on the Buhari led federal government to mop up these stolen funds and use it to solve some of these pressing national issues, such as the ASUU strike, before the end of the administration.