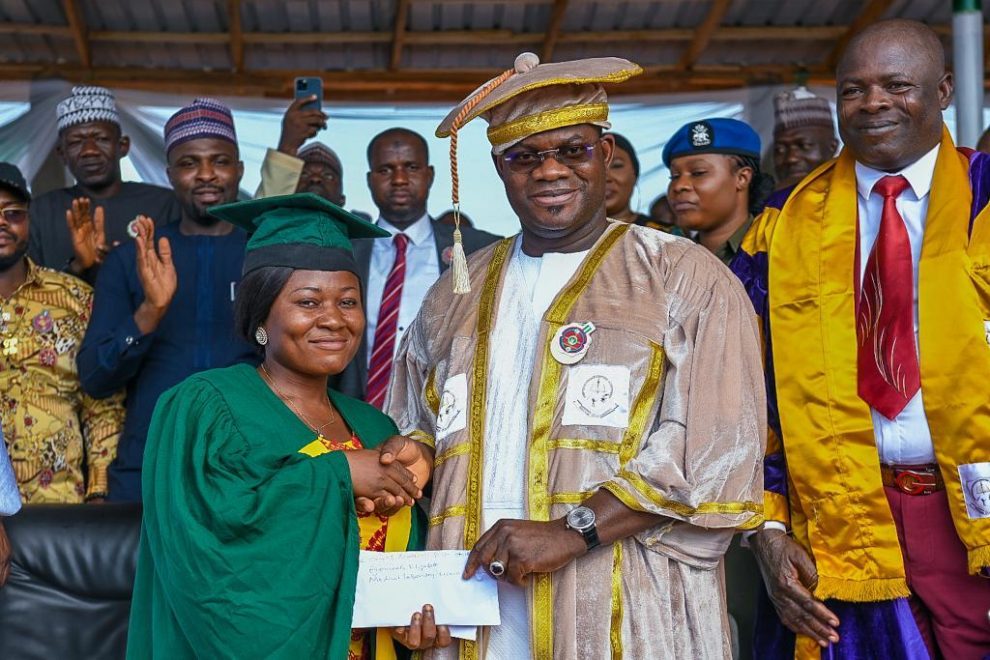 ***AS PROVOST LAUDS GOV FOR HIS PASSION FOR EDUCATION DEVELOPMENT

Kogi State Governor, Alhaji Yahaya Bello has granted automatic employment to the best graduating students of the College of Health Sciences and Technology, Idah, at the first combined convocation of the college in 45 years.

Miss Egamana Elizabeth Yakpesoko of the department of Science Laboratory Technician with the CGPA of 5.0 was given immediate employment with the Kogi State Specialist Hospital, Lokoja by the governor.

The governor, during the combined first convocation of the college graciously granted automatic employment to Miss Egamana Elizabeth Yakpesoko and others for their outstanding and excellent performance.

Governor Bello said there was no two ways to attain excellence in education order than being deeply committed, resilient and dedicated to study.

While reacting to the request of the Provost of the institution, Dr Solomon Anyiegwu which include provisions of administrative duplex complex, internal campus road and other critical academic infrastructure, the governor gave express approval, noting that the provost and the management of the institution have done very well with little resources at their disposal.

Earlier, the provost of the college, Dr Solomon Anyiegwu, commended the governor for his monumental support for the development of the college noting since its establishment about 45 years ago, the college has just conducted her first and combined convocation as a result of neglect by the previous governments.

He said none of the past governors, despite being visitors to the college had never deemed it necessary to visit the institution.

He commended governor Bello for paying key attention to the development of education in Kogi State while recalling that the governor had visited the college for a record four times between 2016 and 2021.