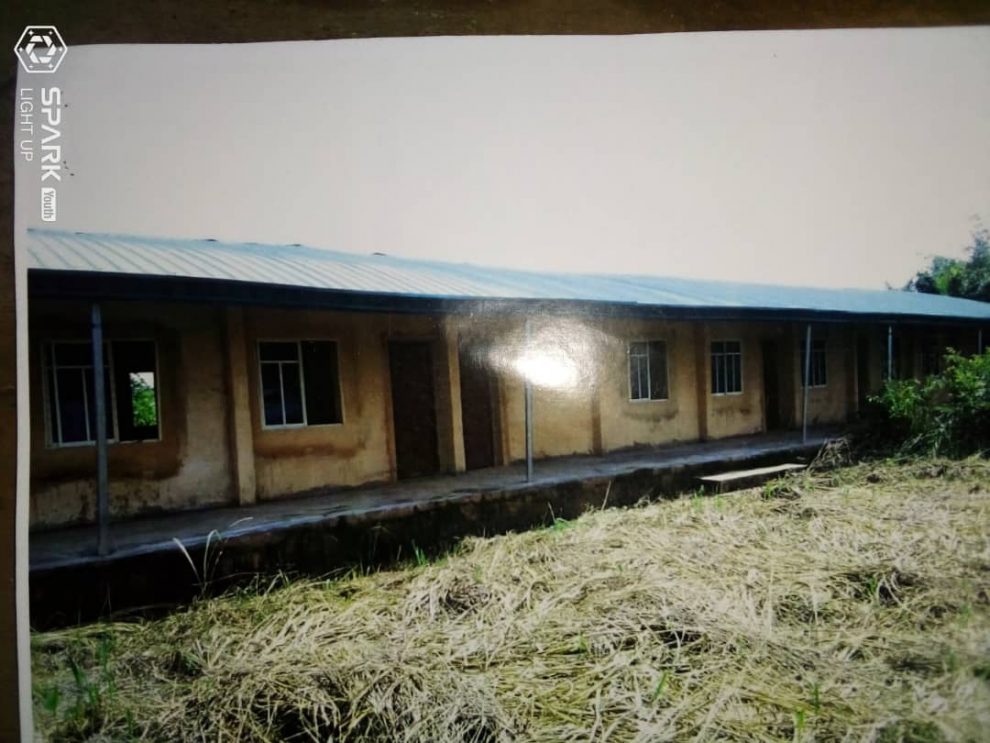 The people of Ugiamwen community in  Uhunmode Local Government Area of Edo State have appealed to Edo State government to re-open Ugiamwen Secondary School which was closed by the state Ministry of Education in 2019.

The school which is the only secondary school at Ugiamwen, was established in 1980 by the administration of the late Prof. Ambrose Alli serves four communities along that corridor of Uhunmode Local Government Area namely Ugbiokho, Ukpogo, Agunuagbie and the host community, Ugiamwen.

While appealing to the Edo State government to come the aid of the community by re-opening the school, Chief Andrew  Eronmosele, the Aiguobasimwin of Udianmwen pointed out that their children of school age are idling away at home while their peers in other communities are in school. According to him the plight of the children and parents are compounded by the bad road linking Ugiamwen and Ekpoma, the nearest community with secondary school.

“We are begging the government to come and help us to reopen this school because our children are lying down at home doing nothing. We are appealing to the government to come to our aid to come and reopen the school for us. We met  Agbale when he was Commissioner for Education, we met Igiegbae when he was Commissioner for Education, we even went to SUBEB in March this year to negotiate for teachers.

Also Read This:  Wife Beats Up Husband For Failing To Impregnate Her

“This classroom where we are now, by 2019 the roof was leaking, our children abroad donated money to come and rehabilitate the building, the put all these louvres, put the doors, put everything needed in a classroom and since they did no child has sat here to recieve lesson. It looks like they just worked in vain”, Chief Eronmosele said.

Lamenting the plight of the community further, Chief Pius Irabor Asemota, the Iyase of Ugiamwen appealed to the Edo State government to re-open Ugiamwen Secondary School and construct the Ukpenun- Ekpoma- Emuhi – Ugiamwen- Ehor road which is  their only link to the outside world stating that they are just helmed in inside the jungle without communication with the outside world adding that unfortunately their children being pushed to the same fate with the closure of the only secondary school in the village.

“Even if our children want to go to school at Ekpoma, there is no road. Even our farm produce are rotting away in the farm because no road to take them to the market. We are very good farmers, we produce pinnacle, yam, plantain and other crops but no road to take them out to the market. So we beg the government, let them come and help us with the school, we are part of the government. We have been maintaining the school by ourselves, let the government help us by reopening the school for our children, bring teachers to join our community teachers. We are still ready to be paying our community teachers. The children are just

An indegene of Ukpenu-Ekpoma, Chief Gaius Osin whose house is opposite the deep gully on the Ukpenu-Ekpoma- Emuhi- Ugiamwen- Ehor road at Ukpenu told news men on enquiry on the effects of the bad road on Ukpenu-Ekpoma and other communities along the road that they are all affected pointing out that people from Ugiamwen and Emuhi are worst hit.

“This road has been bad for over ten years now and we’ve been crying to the government but no help. The road has also affected the people of Ugiamwen and Emuhi. The children that were coming from Ugiamwen community to attend school at Ekpoma have not been able to come because of the bad road.

“About three weeks ago three people fell inside the erosion pit. We started to use rope and ladder to haul them out of the pit. Some people have fallen inside and died before, about seven people have died inside the pit. The other communities inside are Emuhi, Ugiamwen, Ugbiokho, Ukpogo; here is Ukpenu, Chief Osin said.”

Our investigations revealed that Ugiamwen community had earlier made an appeal to Governor Godwin Obaseki to prevail on the Ministry of Education to re-open Ugiamwen Secondary School.

In a letter of appeal through the its lawyer, S. O. Agwinede Esq, the community appealed to the Governor to reconsider Government’s position on the school and re-open it.

Efforts to get the reaction of the Commissioner for Education, Dr. Joan Oviawe failed as several phone calls made to her were not answered.