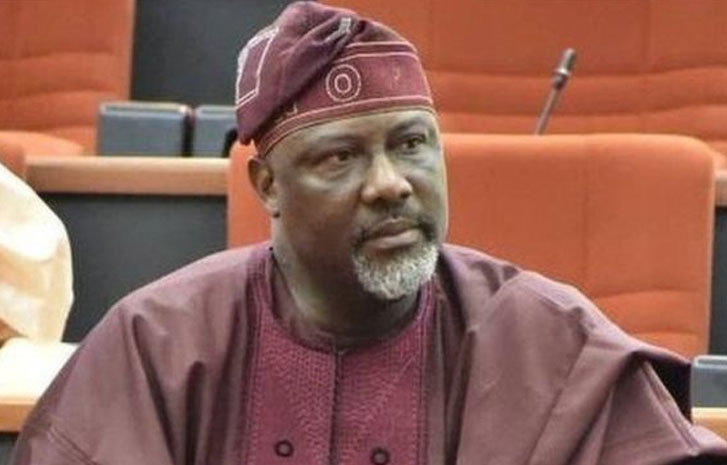 1.0. The Anti-Corruption Network is constrained to make this press conference and intervene by asking the Federal Government to think twice about its fresh approved N656.112billion Bridge Financing Facility to the 36 States. Each State is to receive the sum of N18.2bn from the facility which according to the report will help the States afford the repayment of previous bailout facilities namely the Salary Bailout, Excess Crude facility and Budget Support facility guaranteed to them by the Federal Government.

4.0. May we also inform Federal Government if it does not know that some of the forms of bailout in practice are: tariff changes, tax and interest rate cuts, robust unemployment, education and health care benefits, fiscal stimulus packages, subsidies to sectors/firms, encouragement of local production, trade remedy measures, lessen liquidity constraints and promotion of consumer confidence. All these are forms of government interventions that are geared towards economic stabilization and recovery. It does not contemplate repayment of debt with a debt which the Federal Government has stylishly named “Bridge Financing Facility”.

5.0. According to BudgIT research, a total sum of N1.75tn has been given to States in Nigeria as extra-statutory allocation known as bailout since the advent of President Buhari’s administration, unfortunately, nothing or little is known about how the funds had been spent. The Federal Government on its part is neither concern nor has it asked the right questions on how the previous facilities already granted were spent but regrettably, seem to be very happy and quick to grant another facility upon a simply request by the State Governments for further support to repay the previous facilities due for repayment.

6.0. The Federal Government failed to ensure that the States are reforming their public finance management procedures and processes for better and effective resource management. The Federal Government failed to ask relevant questions and utilizing the opportunity to address the crass corruption and misapplication of funds by State Governors and their Aides.

9.0. On the other hand, with such amount of money given to the States running into trillions of naira, Nigerians should had reasonably expected a remarkable transformation of the States within a shortest possible time, in terms of road network, bridges and flyovers, free medical care, students’ scholarship, sustainable empowerment programs, jobs creation, revamping of civil service and provision of security throughout the States but sadly, the reverse is the case in Nigeria. Even payment of salaries should have been a thing of the pass in all these States but some States still owe their workers more than 4 months’ salary, some owe up to 6 months salary despite the salary bailout fund that was granted. The Anti- Corruption Network then asks, what happened to the Salary Bailout, Excess Crude facility and Budget Support facility that were granted to the States?

10.0. Anti-Corruption network has also noted that the answer to the above questions is not far fetch as the receipts and expenses of State funds in the country are still shrouded in secrecy and abuses. The State Governments are not held accountable through a robust engagement, to ensure that the bailout funds are not diverted into other uses. Some of the State Governments mismanage their bailout fund while some are not judiciously used for the purpose it was meant for.

11.0. Anti-corruption Network categorically states that it is absolutely wrong and uncalled for for the State Governors to be demanding for a fresh bailout funds without providing facts and figures as to how they managed the revenues that they had and the previous funds that were disbursed to them. The Anti-corruption also noted that this has open more avenues for the States Governors to launder money in their respective States and run the affairs of their respective States with impunity.

12.0. A ready example of the above that comes to mind is Kogi State Government that deposited in an interest yielding account its own bailout fund meant for payment of salaries in the state with Sterling Bank with account name “Kogi State Salary Bailout Account” and bank account number 0073572696. This prompted EFCC to investigate the matter, obtained an order to freeze the account and subsequently transferred the money back to the Central Bank of Nigeria, where the said bailout funds were originally disbursed from.

14.0. Anti-Corruption Network is not oblivion of the fact that many countries in the world have at one point in time embarked on various types of intervention/bailout to salvage their nation’s economy from recession. And the sole aim of such an action was to put the economy on the path of recovery, however, the case is different in Nigeria.

15.0. The question we have asked and will keep asking is, what did they do that we are not doing? Using United States of America as an example who at one point in time used bailout fund to stabilize its economy and subsequently moved out of recession. The question is: How is the US approach to state intervention/bailout different from what is obtained in Nigeria toady? Put differently, what are the lessons the Nigerian State should learn from the US with respect to its approach to bailout?

16.0. First, in the US every state intervention/bailout was based on legislation or an Act of Parliament. This is not the case in Nigeria; bailout in Nigeria has never been through Act of parliament, but rather through “executive fiat”. For instance, in the US we have such bailout legislation as the Emergency Economic Stabilization Act of 2008, the American Recovery and Reinvestment Act of 2009 etc, all of which specified the amount involved, how such money and resources should be used and what the specific expected outcomes with time lines are. On the contrary, in Nigeria, bailouts are not predicated on legislations to give them the legal teeth needed for their effective and efficient operationalization, hence the difficulty in measuring the performance of bailout in the country.

17.0. Secondly, in the US, bailouts were targeted at the real sector to encourage production. The US Congress through the Financial Institutions Reform, Recovery and Enforcement Act of 1989, injected the sum of $293.3 billion into the struggling industries. Similarly, the ARRA of 2009 provided funds for the big three auto giants in the US: General Motors, Chrysler and Ford. On the other hand, in Nigeria, the bulk of the bailouts were used to fund consumption, such as bailout to States government to pay salaries which were used to purchase goods manufactured abroad. This did not really improve the economy because most of what we consume in Nigeria are imported and not locally produced. Let us not also forget, that this current bailout is for repayment of previous bailout facilities granted to States Government. Let me ask, how do we intend to progress and salvage our economy like this?

18.0. Lastly, in the US, as part of the bailouts to enhance economic stabilization and recovery there were tax and interest rate cuts. Various federal taxes and key interest rate were cut very low to encourage a favorable business environment in order to help the economy. This is not the case in Nigeria; rather interest rate was left high and some at double digit.

19.0. From the foregoing, it is clear that state interventions or bailouts produced better outcomes in the US than Nigeria. This is largely because of the approaches adopted in the two countries. In the light of the above, Anti-corruption Network makes the following recommendations:

a. Subsequently, every bailout from the Nigerian government should be a product of an Act of Parliament. This would enable the lawmakers to articulate all the major determinants for the approval of the bailout and also clearly state what it is to achieve with specific timelines.

b. Public policies and programmes, including those related to bailouts should have specific tools for measuring performance and be guided by specific time line or should time-bound.

c. To stabilize the economy and move towards recovery and growth, government should harmonize the fiscal and monetary policies in the country. This, no doubt, will bring down interest rate, make available capital for investment, create jobs and grow the economy.

Post Views: 53
Share This:
TagsPRESS CONFERENCE OF ANTI-CORRUPTION NETWORK ON THE SAD TALE OF BAILOUT FUNDS IN NIGERIA BY SEN. DINO MELAYE