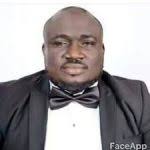 The Convener, Congress For Better Nigeria,
Barr. Zaccaeus Dare Michael, has carpeted former Sen. Dino Melaye for his unguarded utterances claiming that Gov. Yahaya Bello allocated the sum of N56b to the office of the Governor and to Government House, an amount he disclosed is far greater than the amount for capital expenditure.

Barr. Dare in a statement described as white lie the allegation made by the former Senator, described him as an attention seeker and a clown.

While claiming that the former Lawmaker is bored and is seeking attention to spice up his boring life, described the former Lawmaker as one who is in touch with reality, particularly with reference to the outstanding performances and achievements of Gov. Bello.

Also Read This:  PRESS CONFERENCE OF ANTI-CORRUPTION NETWORK ON THE SAD TALE OF BAILOUT FUNDS IN NIGERIA BY SEN. DINO MELAYE

The Convener described the achievements of the present administration in the State as one even the blind can see, pointing out that the State can now boost of world class health Infrastructure, motorable roads, described the Confluence University of Science and Technology Osara as a flagship of achievements in the Educational Sector.

While pointing out that the Ganaja Flyover Bridge, Specialist Hospital Lokoja, GYB Model Science Secondary Schools, are project that has stood out the present administration.

The Congress For Better Nigeria, described the former Lawmaker as an attention seeker, said dignifying him with a reply was because it would enable the people have more insight into the outstanding achievements of Gov Yahaya Bello.

The Convener urged the former Lawmaker to go and get better understanding of how appropriation works lamented that all his years in the National Assembly, fails to have a grasp of how budget works.