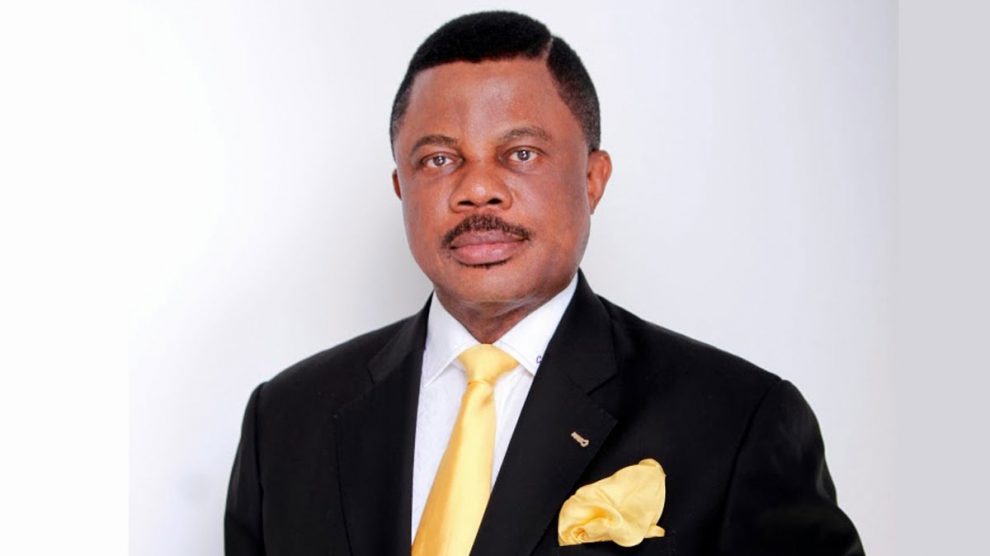 The Anambra State Government has urged the Economic and Financial Crimes Commission (EFCC) not to allow itself to be used by politicians.

The Anambra State Commissioner for Information & Public Enlightenment, Mr. C. Don Adinuba, in a statement on Thursday, said the report credited the EFCC that it has placed the Anambra State Governor, Chief Willie Obiano, on its watch list, was in bad taste.

The statement was titled, “EFFC’s inelegant drama over Anambra Governor.”

The commissioner said EFCC did neither serve any notice to Obiano. nor invited him for interrogation on his stewardship.

He stated that the governor is ready to give an account of his stewardship, adding that Obiano had received a prestigious award from the United Nations Development Programme for social service integrity.

Adinuba said, “Nigerians were dismayed that the Economic and Financial Crimes Commission (EFCC) went a new low on Wednesday, November 24, 2021, when it sponsored media reports claiming that it has placed Governor Willie Obiano of Anambra State on its watch list. The EFCC provided no details of how Governor Obiano has been placed on its watch list, but made a reference to a letter it purportedly wrote on November 15, 2021, to the Comptroller General of the Nigeria Immigration Service (NIS) asking it to inform the anti-graft agency anytime the governor is travelling out of the country.

“Everything that can be wrong with politically motivated statements like this one is obviously wrong with this statement. The EFCC knows full well that it is acting inelegantly in this instance, and so has tried as much as possible not to make an official public statement on the alleged placing of Chief Obiano on the watch list. It furtively gave a section of the media the news report it wrote based on ostensibly its letter to the NIS on November 15.

“Governor Obiano is out of the country currently. And he travelled through one of the country’s international airports. He did not disguise himself, but rather left the country with his identity fully disclosed at the necessary immigration point.

“The EFCC sounded more inelegant when it claimed in the sponsored press report that it received intelligence reports that the governor plans to “flee” from Nigeria once he hands over power next March 17 to the newly elected Anambra State governor, Professor Charles Chukwuma Soludo. Chief Obiano has never left any persons in doubt that he will relocate to his base in the United States once he finishes his tenure. As early as Wednesday, March 4, 2020, he announced his decision to a meeting of the Anambra State Council of Elders, comprising such personages as the erstwhile Secretary-General of the Commonwealth, Chief Emeka Anyaoku; the Obi of Onitsha, Igwe Nnaemeka Alfred Achebe who is also the chairman of both the Anambra State Council of Traditional Rulers and the Southeast Council of Traditional Rulers; a former Anambra State governor, Dr Chukwuemeka Ezeife; an ex-Minister of Women Affairs, Iyom Josephine Anenih, mni; the founding Director-General of the National Orientation Agency (NOA), Professor Elochukwu Amucheazi; the Archbishop Emeritus of the Anglican Church in Anambra State, The Most Reverend Dr Maxwell Anikwenwa; and the Catholic Bishop of the Awka Diocese, Rev Dr Paulinus Ezeokafor.”

He added, “Governor Obiano has a whole four months to remain in office as the Anambra State chief executive. Nobody in Nigeria can circumscribe his constitutionally conferred immunity which shields him from both criminal and civil prosecution. The EFCC went too far to announce in November that it is observing him. We are not aware of any state governor who had up to four months to be in office and the EFCC went on to sponsor media reports that he was being investigated.

“It is, indeed strange that the EFCC is making a show that it is investigating a high public officer. Anti-corruption agencies, like intelligence services, conduct their investigations discreetly, and not on pages of newspapers. Media trial has never benefitted the EFCC.

“The whole nation knows those behind all the present histrionics about Obiano. They are those who didn’t want the November 6 election to hold. They are those in high places who unsuccessfully canvassed for emergency rule in Anambra supposedly on security grounds. They are those who masterminded the Birnin Kudu High Court charade in Jigawa State over the APGA leadership and, more importantly, the authentic APGA candidate in the November gubernatorial election in Anambra State. They are those responsible for the sacrilege of a customary court in Abuja issuing criminal summons to Professor Soludo, a former Central Bank of Nigeria governor. These people are still fighting the gubernatorial battle on behalf of their badly defeated friends and political associates in the Anambra vote. They will fail badly, as they have done in the recent past.

“The EFCC should not allow itself to be used by politicians who are mere birds of passage. Its ongoing Anambra drama is in bad taste. It did not serve Governor Obiano any notice. Nor did it invite him to answer questions about his service record. It just went to the press. Yet, the governor is willing to answer any questions about his years in office. After all, he has received a prestigious award from the United Nations Development Programme for social service integrity.

“God bless Anambra State, the Light of the Nation.”
EFFC had in a letter dated November 15, 2021 to the Comptroller General of the Nigeria Immigration Service requested NIS to place Obiano on watchlist and inform it anytime the governor is travelling out of Nigeria from any of the International airports and other points of entry and exit.

Commentators said the letter meant that EFCC has placed Obiano on its watchlist.

They also opined that the development signalled that the anti-graft agency could have been discreetly investigating Obiano and possibly have intelligence that he plans to travel after handing over power to his successor, Charles Soludo on March 16, 2022 .

EFCC spokesman, Wilson Uwujaren, when contacted said he had not been briefed on the development.