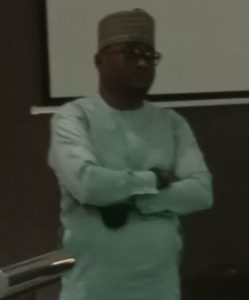 The removal the media Participants observed is to enable the media performing optimally in its roles as well as have measures of independence.

The two day Community Initiative aimed at promoting peace conflict-sensitive reporting workshop for media practitioners holden at Pearlwort Hotel, Alausa Ikeja, Lagos State, aims at reviewing amongst others the inputs of participants to the ongoing NBC Act Amendment bills, 2020 as well as churn out other policies towards preventing violence and responding to violence through Conflict sensitive reporting.

The Participants at the two day workshop is drawn from media organizations made up of Nigerian Broadcasting Corporation, Editors, on air personalities, reporters and other critical stakeholders recommended that Sections 2(1)(b)(c) allows the Commission to approve broadcast licence without interference by the Minister.

Similarly, Participants pointed out the need to remove the SSS from the board, inclusion of women, Youths and persons living with disabilities in the membership and the National Assembly in deciding the membership of the NBC.

Other grey areas observed by participants that calls for action is in the tenure, removal, fair hearing and appointment of the Director General of the NBC.

Participants equally called for the need to strengthen remuneration of staff of the Commission, add new provision, having the Commission enjoy first line charge of appropriation, borrowing procedures as listed in Sections 18, 19, 20, and also 23.