The Media have been asked to defend the nation against hate speeches by promoting peaceful co-existence. 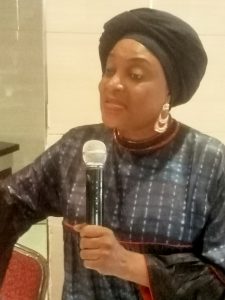 Similarly, the Media have been asked to make stories about Nigeria from a positive perspectives, with a call that hate speeches have caused many death in the country than can be imagined. 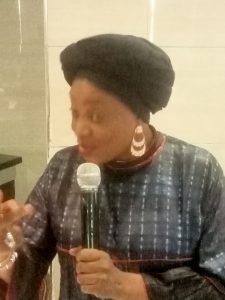 Eugenia Abu, Founder and CEO, the Eugenia Abu Media Centre gave the charge to media practitioners while delivering a presentation on the, “The Dangers of Hate Speech, Hurtful Conducts and Necessity for Responsible Journalism to Enhance National Stability for Peaceful Coexistence in Nigeria”, at a two day Community initiative to promote peace conflict-sensitive reporting workshop for media practitioners holding at Pearlwort Hotel, Alausa Ikeja, Lagos State.

Mrs. Eugenia urged media practitioners not to allow their pen be the reason why somebody dies, cautioned practitioners to always get to the roots of violence before reporting violence.

The CEO described the media as an agenda setter, shapes public attitudes, says the media remains a veritable tools for Peaceful Coexistence and cohesion, urged the media to look at underlining reasons for violence, lamented that hate speeches are gradually entering the traditional media.

Mrs. Eugenia cautioned the media to be conscious of the nation’s diversity, warn against hate speeches that breeds ethnoreligious violence, asked Media Practitioners to do fact check before Publishing stories called for massive invest in regular training.

Mrs Eugenia advocated for regular professional training of practitioners by media owners, urged that the time to get more skills in data Journalism remains apt.

While noting that the media should promote peaceful co-existence, restrain from fanning embers of discord, urged for the need to promote respect tolerance and love amongst the citizens.