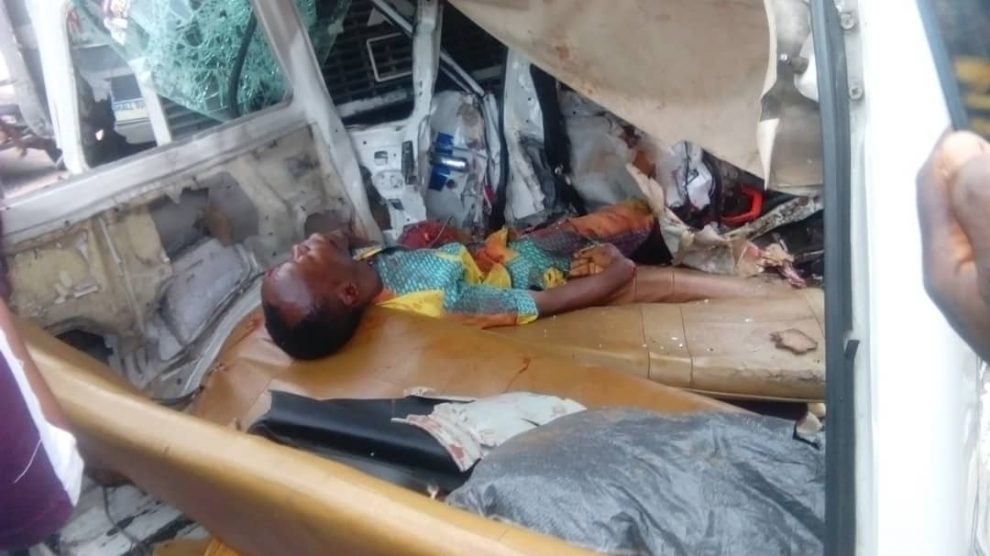 An accident, on Wednesday killed a Corps Member and injured one other person at Ogba Bridge in Oredo local government area of Edo State.

It was gathered that the tipper, conveying sand failed brake and ran into a Lexus Jeep and thereafter hit a motorbike conveying a woman and a serving corps member in the state.

It was learnt that while the woman sustained serious injury, the corps members was reported to have died at the spot.

His words”Today, about 12:30 pm, a tipper carrying sand failed brake at Ogba bridge and ran into a Lexus Jeep and a motorbike.

“The motorbike was conveying one Mrs. Maria who was badly injured and now receiving treatment at the Central Hospital, Benin and a Youth Corp member, who is billed to be the sister of Maria, died at the spot.

“Her name is Oluwale Abidemi”

Recall that tipper Lorry collided with bus on Wednesday  in Benin City  and not less than 9 people lost their life.