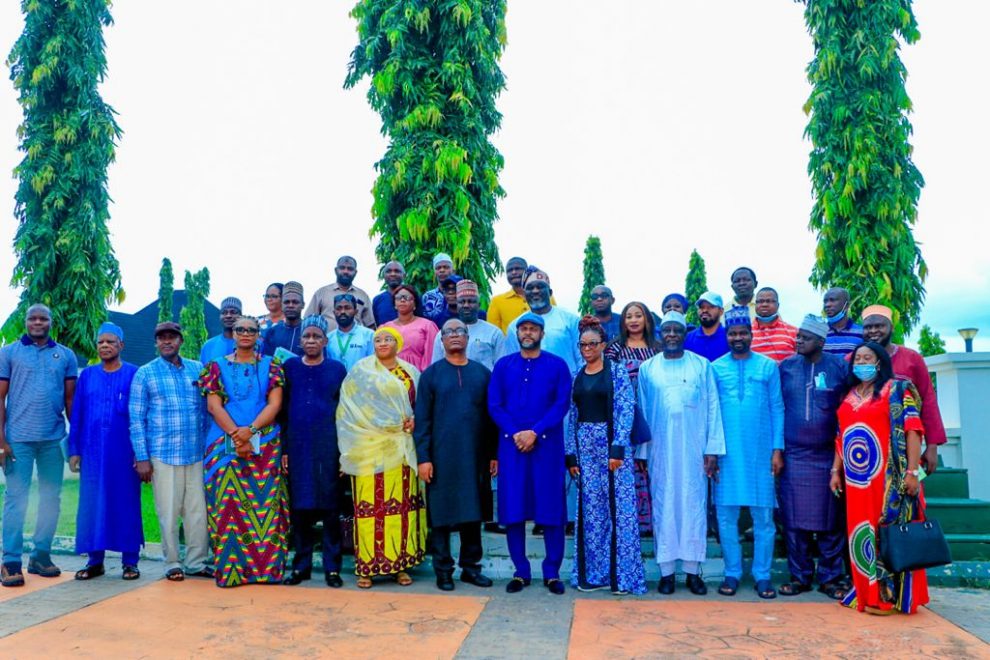 In his address, the Governor who was represented by the Deputy Governor, His Excellency, Chief (Dr) Edward Onoja aplauded the team for including the state as one of the three new benefitting states in the country.

He however appealed to the team to add to the five participating Local Government Areas in Kogi State. Chief (Dr) Onoja was full of enthusiasm that Kogi would justify its inclusion, adding that the administration had earlier carried out Needs Assessment for the 21 LGAs of the state upon assumption of office and understand that the women and youths in rural areas have shown capacity to add value to agriculture to earn more income and turn around the agricultural sector of the state for the better. He also noted that rural roads stretching at the least, 20 kilometers should be included in the program to network rural farmers to their respective markets in the LGAs.

While assuring them that security of lives and property was sacrosanct because the New Direction administration has invested so much in the sector, he highlighted how the state has continued to blaze trails in financial discipline, prudence and transparency, saying Kogi has continued to win awards in that aspect.

He thanked the team for their commitment and assured them of the preparedness of the government to give them necessary support at all times.

Earlier in his address, the head of the delegation, Ms Mariatu Kamara had aplauded the State Government for its support since its inclusion, and appealed for continued support to ensure it continued to benefit rural farmers especially women and youth.

Also speaking, the state Commissioner for Agriculture, Chief David Apeh described the commitment of Governor Yahaya Bello to developing the sector as exemplary.

Present at the occasion were Commissioners for Finance, Rural Development, Youths and Sports and other government functionaries.

Bad Roads: Very Soon Okun Nation May Be Cut off From Nigeria – Prince Akanmode.
Happy Birthday to Hon Sam. Aro a lover of the people of Yagba, Okun and Kogi State.
Comment