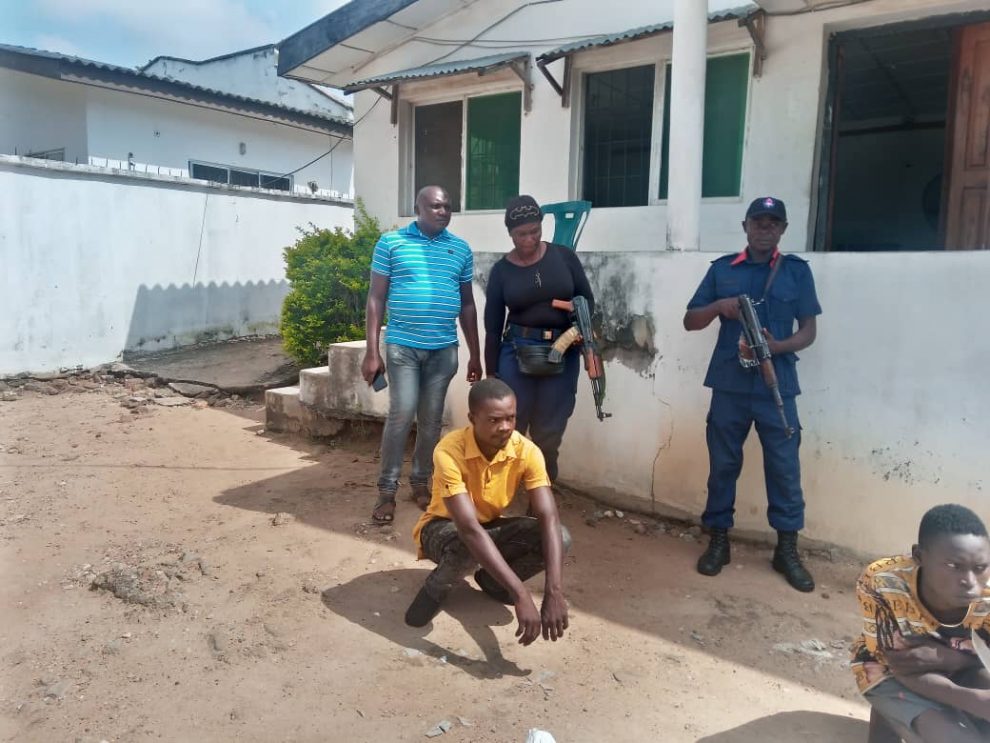 The Kogi state Command of Nigeria Security and Civil Defence Corps NSCDC on Monday said it has arrested an electrical cable thief and an Impostor of Abuja Electric Distribution Company AEDC who specialises in defrauding unsuspecting customers in Lokoja metropolis. 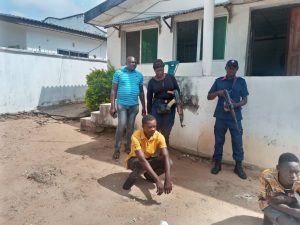 This is just as it said the suspected officer of the command, Abdullahi Seidu fingered in kidnapping activities in the state has been declared on away without official permission AWOL by the command two weeks before his suspected arrest by the vigilante group in Kogi. 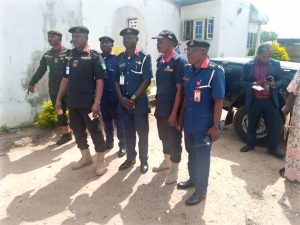 Th state commandant of the corps Suleiman I Mafara while parading the suspects at the command in Lokoja, said one Kabir Janaidu, 20, was caught while carting away some electrical equipments belonging to the federal university, Lokoja FuL based on intelligent report by the security personnel of the institution.

The commandant noted that on the receipt of the distress call, his operatives swung into action and swiftly arrested the culprit who confessed to the crime.

Similarly, he said, one Abdul Isah, 26,was nabbed on the complaints by some customers that the suspect who caimed to be a staff of the AEDC goes about duping them of their hard earn money with the pretence to pay bills and effect repairs for them.

He added that on receipt of the numerous complaints for the electricity users in Lokoja , the officers moved swiftly and arrested him.
He hinted that one of his staff who was suspected to be a member of kidnapping gangs along kotonkarfe axis of the state had already been declared a deserter having abandoned his duty post for the past two weeks.
According to the Commandant, the Service rules indicate that a personnel who unlawfully exempted himself/ herself from duty without cogent reasons has already exited from service.
He disclosed that the command has tried to connect him since on the 8th of September, 2021 without success, stressing that the command has since commenced process of arresting him to face disciplinary actions before the news of his arrest by the state vigilante broke out.

He said, the NSCDC as a disciplined force will not condone any act of criminality from any member of the corps, adding that the command will ensure that he is brought to face the law.
The Commandant, however called on the public to always give timely and useful information to the Security agencies to rid the state of undesirable elements, assuring that the corps is committed to the protection of lives and property in line with the extant laws of the service.
He enjoined members of the press to confirm stories from appropriate security agencies before dishing out information to the public.

Speaking to our correspondent Abdul, Isah , arrested for duping customers, said he was once a contract staff of the AEDC and well known to his clients who reported him to the Security officers.
According to him, one of his customers whom he could not recollect the name , gave him the sum of three thousand naira to pay for electricity bills , while the other gave him five thousand naira to register her house for her.

He added that, unfortunately, he had a serious financial crisis and decided to use the money , hoping to source another money to effect the payment before the bubble busted.