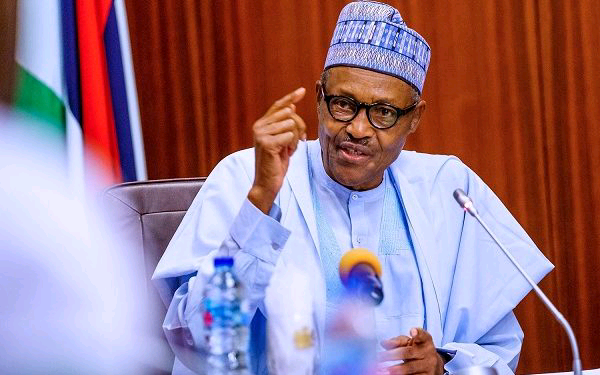 By Abel Ada-Musa.
Copied from Newsbeat.

On the other hand, we also need to thank God, because as a state we didn’t play the politics very well. Anambra was more involved than Kogi State. It invested in the struggle to get national attention on all fronts, but I didn’t see Kogi State seriously involved in the agitation, except during the administrations of Prince Abubakar Audu and Captain Idris Wada, respectively.

As we soldiered on in the struggle, Kogi’s voice was nearly drowned at the presidency and the national assembly. Even the method which the National Boundary Commission (NBC) wanted to employ in delineating the boundary was not favourable to Kogi State, which led to a stalemate.

I use this opportunity to pay tribute to the heroes of Odeke oil struggle, which include the people of Odeke, who lost their lives and got injured while fighting for their land. Several lives were lost on the farms and fishing ponds in Odeke, Ibaji Local Government, where the oil deposit was discovered.

Before the politics of oil wells took the front burner, Odeke and Aguleri in Anambra were good neighbours, who had intermarried and attended social activities freely together on either side.  One could hardly differentiate between them, because of the level they interacted socially. They shared markets, farmland and fish ponds.

Those that are claiming credit, celebrating and trumpeting the recognition of the state as oil producing state today did not play any recognizable role in the new limelight. For example, Governor Yahaya Bello as a sitting governor that received the cheery news, and presiding over the celebration, knew little about the journey that brought us to the present level.

We have been made to understand that oil has ever been in Odeke and environs. We have been told that exploration of the oil actually started in 1952, in Ibaji villages like, Ihile, Odeke, Ikah, Ujeh, Echeno, Anocha/Uchuchu, Omabo and Iregwu. That time, oil wells were not yet an issue, because 13 percent derivation, which gives oil producing states financial edge, in monthly allocations had not taken effect.

I think the major problem started when the federal government started paying 13 percent derivation to oil producing states from the federation account. The oil producing states are like kings during the monthly sharing of national booty. Kogi will soon join the league of such states, when full exploration of Odeke Oil begins.

Let the truth be told; Anambra state was smarter than Kogi State. Kogi State displayed non-committal attitude for too long in the matter. By the time the state government started showing genuine interest; Anambra state had made practical commitments in the disputed area. At least, so it claimed. It claimed that it had spent about N4 billion in developing the area. How? This cannot be verified!

Odds were in fact against Kogi state from the beginning. Odeke was under Anambra basin. This gave them the wrong conception that the place belonged to Anambra state. All explorations in geological terms, in that area were done under the Anambra basin. So, it was easy for them to erroneously claim that the portion belonged to them.

It was said that between 1952 and 1986, three companies namely; Shell BP (now SPDC), Elf (now Total Fina Elf) and AGIP Energy drilled 25 exploration wells, 2 appraisal wells and 8-core drill wells in the entire Basin, out of which majority of the wells were in the present day Kogi State”.

“The NNPC/NPDC which carried out seismic activities in the Anambra Basin in which Ibaji Local Government Area of Kogi East was largely involved between 1976 and 1983, affirmed that “oil and gas was found to be in commercial quantity in Kogi State.”

Records have also shown that during the exploration activities, compensations were paid to the people of Odeke, Ikah, Anocha, Echeno, Ihile, Ujeh, Omabo and Iregwu all in Ibaji Local Government Area of Kogi State respectively, for damages caused on their farmlands, economic trees, fishing ponds and even shrines buttressing the claim of ownership of the land.

Throughout the fight for the ownership of the oil wells, Kogi State actually looked like an underdog. In 2001, the then governor of the state, Prince Abubakar Audu showed up on the scene. When the exploration that was going on was stopped, he wrote to the Group Managing Director of NNPC to remind him of the need to continue, stressing that there was oil in commercial quantity in Odeke, Echeno and Anocha. Shortly after his letter, exploration resumed, on 25th July 2001.

Serious commitment was also made by the administration of Captain Idris Wada, who hoped that the status of oil producing state could be achieved in his time, in office.

Sequel to Prince Audu’s letter, a team of geo-scientist/engineers was drafted to Ibaji to carry out a preliminary investigation on the claims of Kogi State Government. The investigation paid off as an indigenous Orient Petroleum Resources was granted an Oil Prospecting Licence (OPL) 915 and 916, in 2012. The percentages of crude oil in the OPL 915 among the three contesting states are as follows; Kogi State- 53%, Anambra- 23%, Enugu- 17% and Edo-3%.

The management team of the oil exploration company that was involved in the activity of exploration in the area is from Anambra state, and this has led to the erroneous belief that the oil belongs to Anambra State.

What added insult to injury was the declaration of Anambra states as oil producing area by President Goodluck Jonathan, in 2012, when the dispute was yet to be resolved. Jonathan had, on August 30 2012, while inaugurating Orient Petroleum’s Anambra River Production Facility in Aguleri, declared Anambra State the 10th oil bearing state in the country.

However, on 6 December 2012, President Goodluck Jonathan ordered the National Boundary Commission (NBC) to determine, within six months, who between Kogi and Anambra states should be considered an oil producing state. The NBC failed to do this. Unfortunately, NBC hardly resolves boundary crises. It compounds them.

Part of the crisis was the claim that Anambra State invested N4 billion into the exploration of Ibaji oil. But the true position is that the investment was by Orient Petroleum, a private company in Anambra State, not the state government.

A major drawback to the crisis was the involvement of National Boundary Commission (NBC), which could not determine the method for measuring the ownership of the land. Kogi State government totally faulted the yardstick the NBC was going to use in delimiting the land; which led to stalemate.

The decision to make it 50-50 for Kogi and Anambra is quite unfair, because 53 percent of the oil wells are on Kogi land. It is because of the inability of the NBC to resolve the dispute that the federal government in its wisdom had to share the oil ownership into two equal halfs.

The National Boundary Commission (NBC) had insisted that they would use the legal instrument of 1954 as the instrument by which they would delimit the boundary between Kogi and Anambra state. The 1954 legal framework as proposed by NBC did not favour Kogi State. Kogi state had argued for “ground-to-paper instrument” as the best approach, which embodied ethnographic survey. By this method you interview the indigenous people of the area, whereby they will be called upon to point out both the natural and physical features of the boundary lines between them.