The Kogi State Council of the Nigeria Union of Journalists have endorsed the reelection bid of Comr. Chris Isiguzo as President of the Union in the forthcoming 2021 Triennial Delegates Conference of the Union slated for 3rd. October, 2021 in Umuahia. 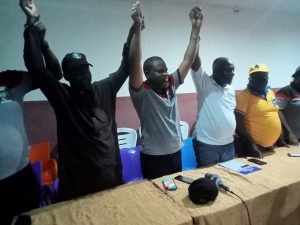 The Council at a Congress in Lokoja, during the campaign visit of Comr. Isiguzo to the state as part of his campaign tour with members of his Greater Heights Team, was unanimously endorsed, insisting that his first term in office has been rewarding to the Union in general, but particularly the Kogi State Council.

Moving the motion for the endorsement, Mr. Ebenezer Adurodija of the Information Chapel, urged the gathering of the Council to be adopted as a Congress, and to also endorse Comr. Isiguzo and members of his team as the candidates of the Kogi State Council in the forthcoming Triennial Delegates election.

The motion was seconded by Mr. Bashiru Mohammed of the Correspondents Chapel without a counter motion. 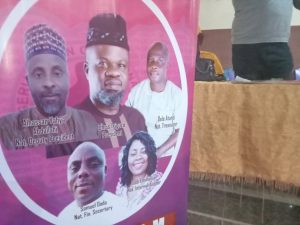 Earlier in a remarks, The NUJ National President, Comr. Isiguzo, said his leadership had in the last three years focused on welfare of members, effective administration, setting up of the Mobilization funds and has repositioned the International Institute of Journalism, promised to do more for the Union if reelected.

Others in the team of Comr Isiguzo are: Alhasan Yahaya Abdullahi for Deputy National President; Samuel Dada as Nat. Fin. Sec; Ladi Emmanuel for Nat. Internal Auditor and Dele Atumbi as National Treasurer.